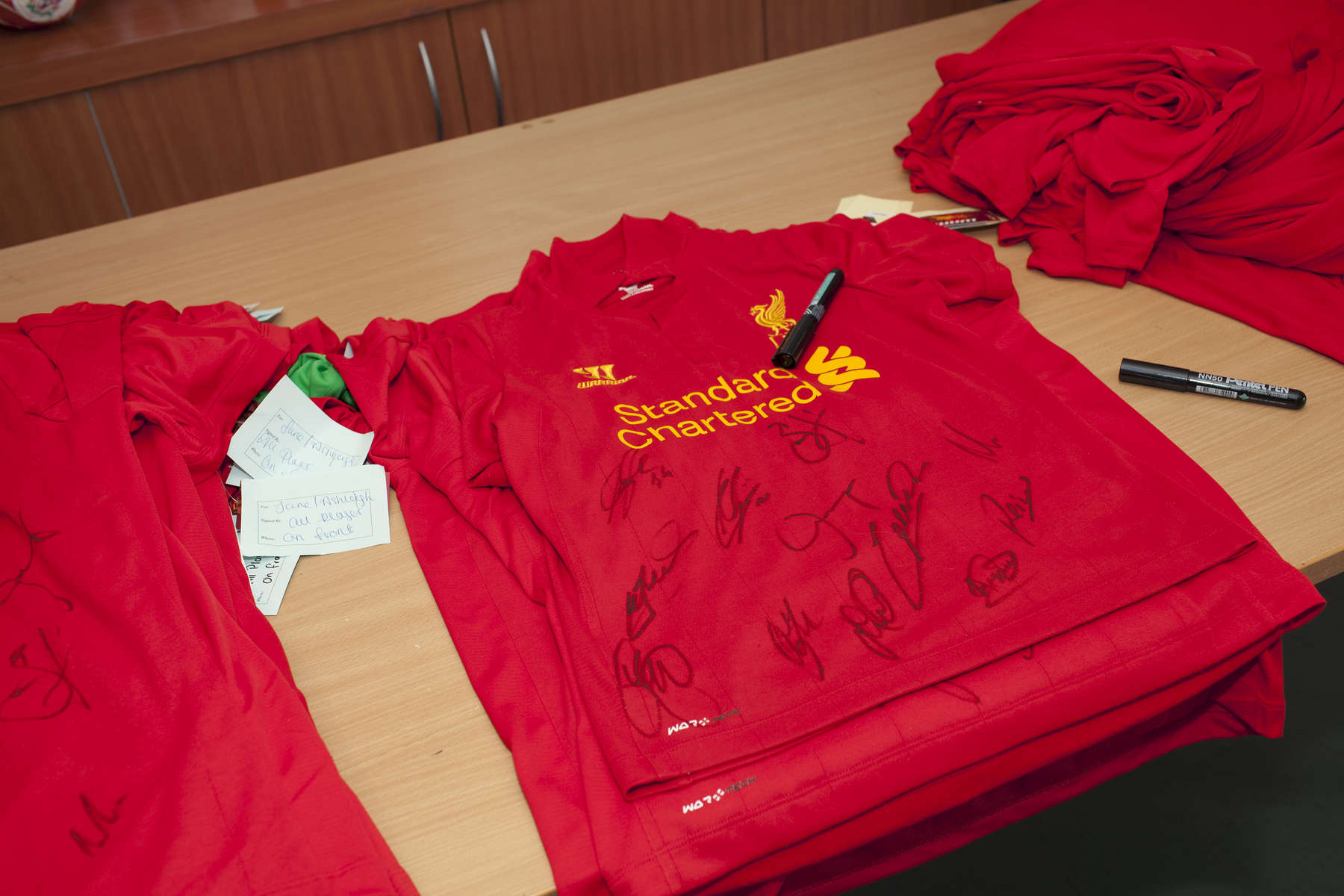 Signed Liverpool FC football shirts in the canteen at Melwood.