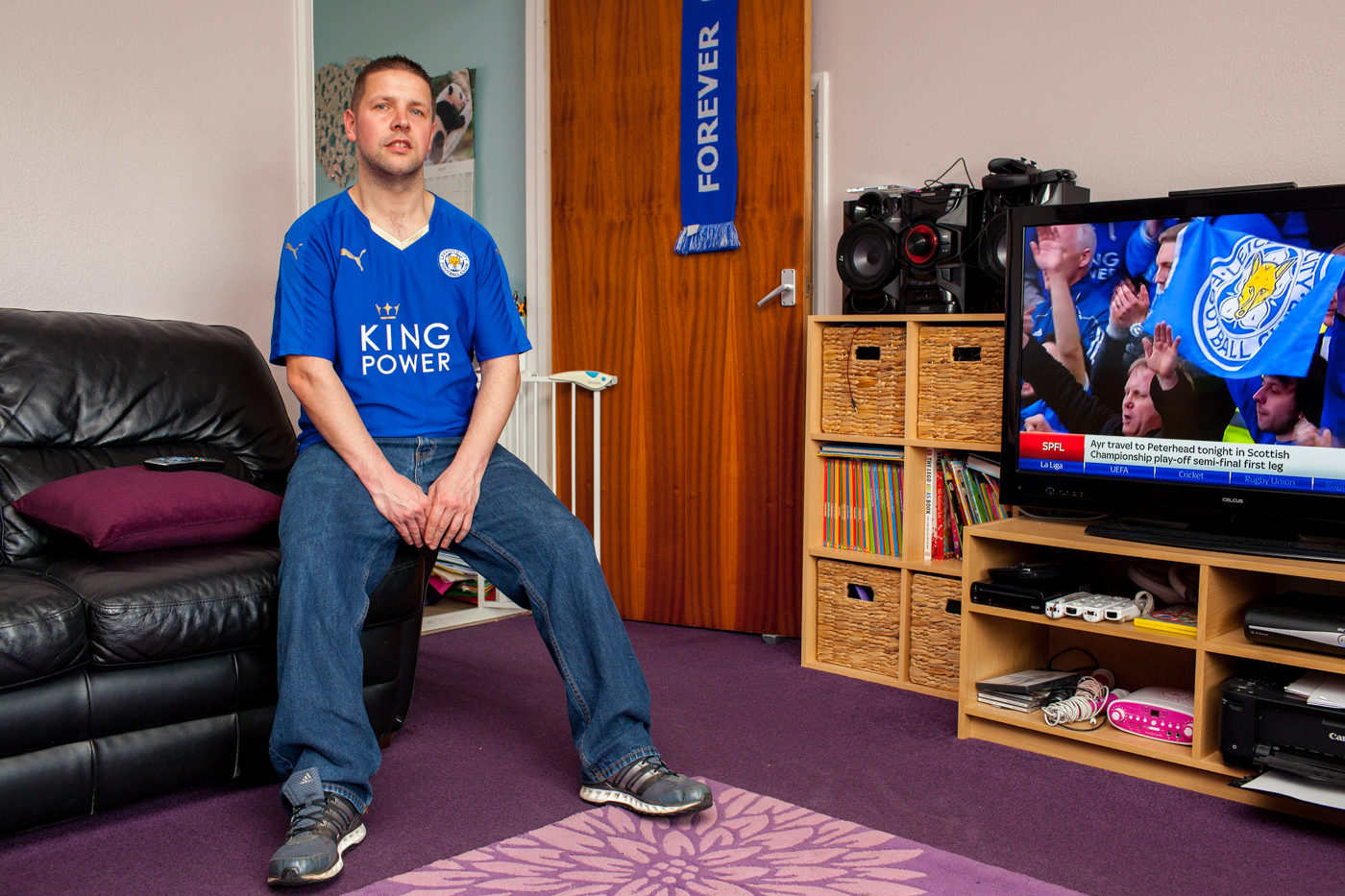 Craig Sawbridge, a Leicester City fanatic at his home in the city.