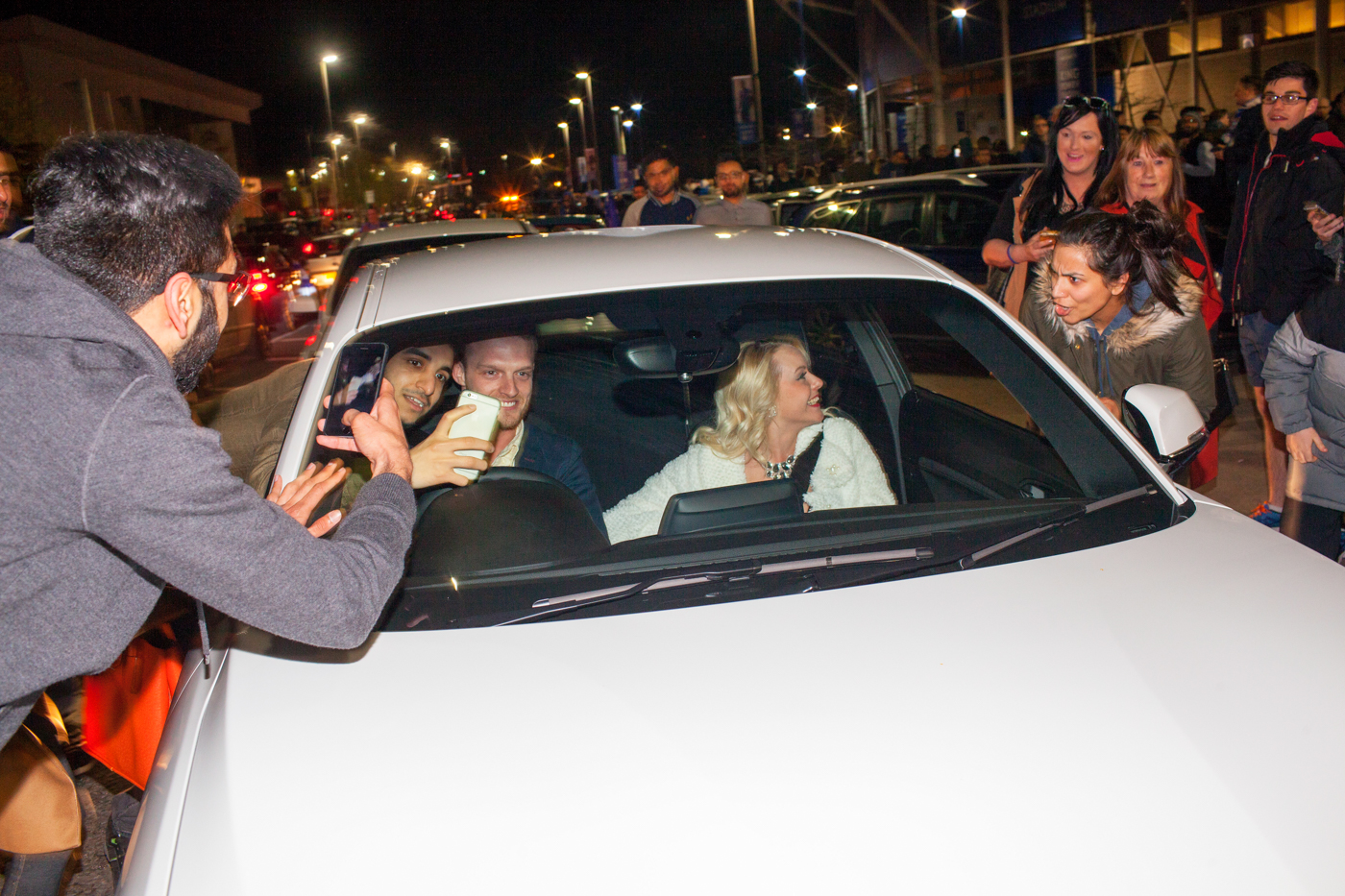 A car salesman mistakenly thought to be Leicester City striker Jamie Vardy is mobbed by fans.