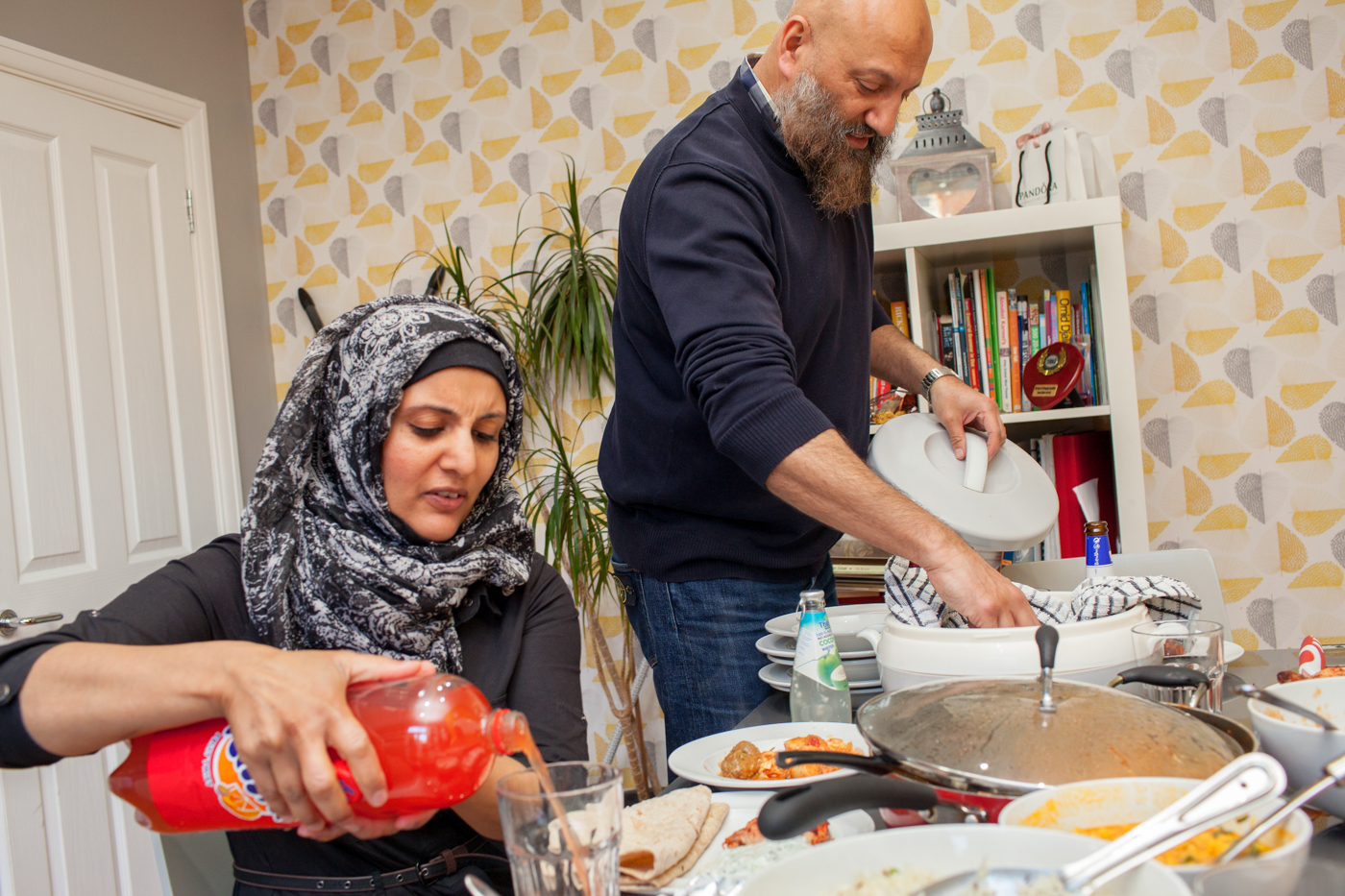 RIAZ KHAN, a 50-year-old former football hooligan turned teacher with his wife in the kitchen of his home.