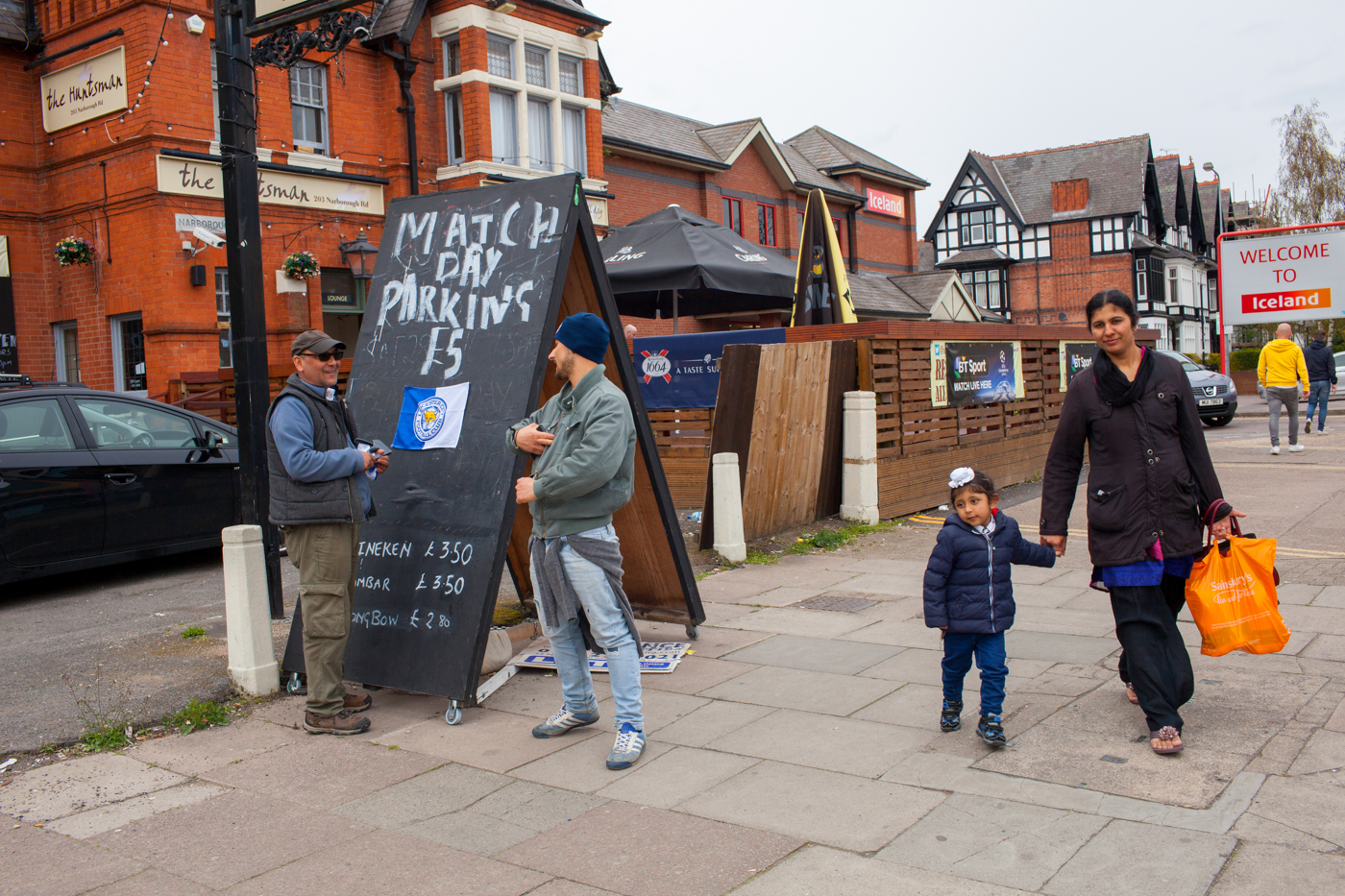 Proprietor of The Huntsman pub, Mr Pamler, fixes a Leicester City flag to a board.