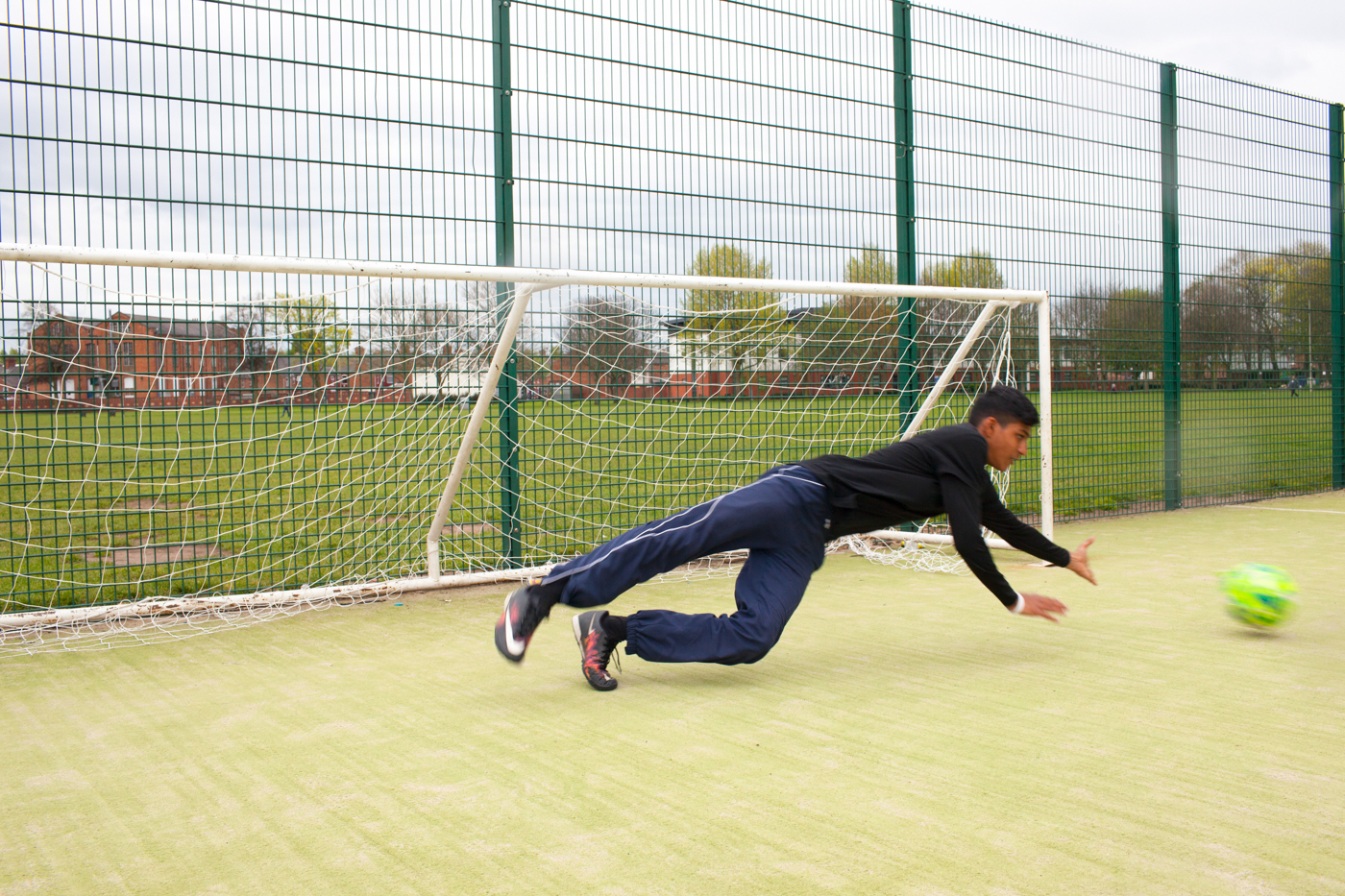 A young man keeps goal on an all weather pitch located next to Belgrave Road, Leicester.