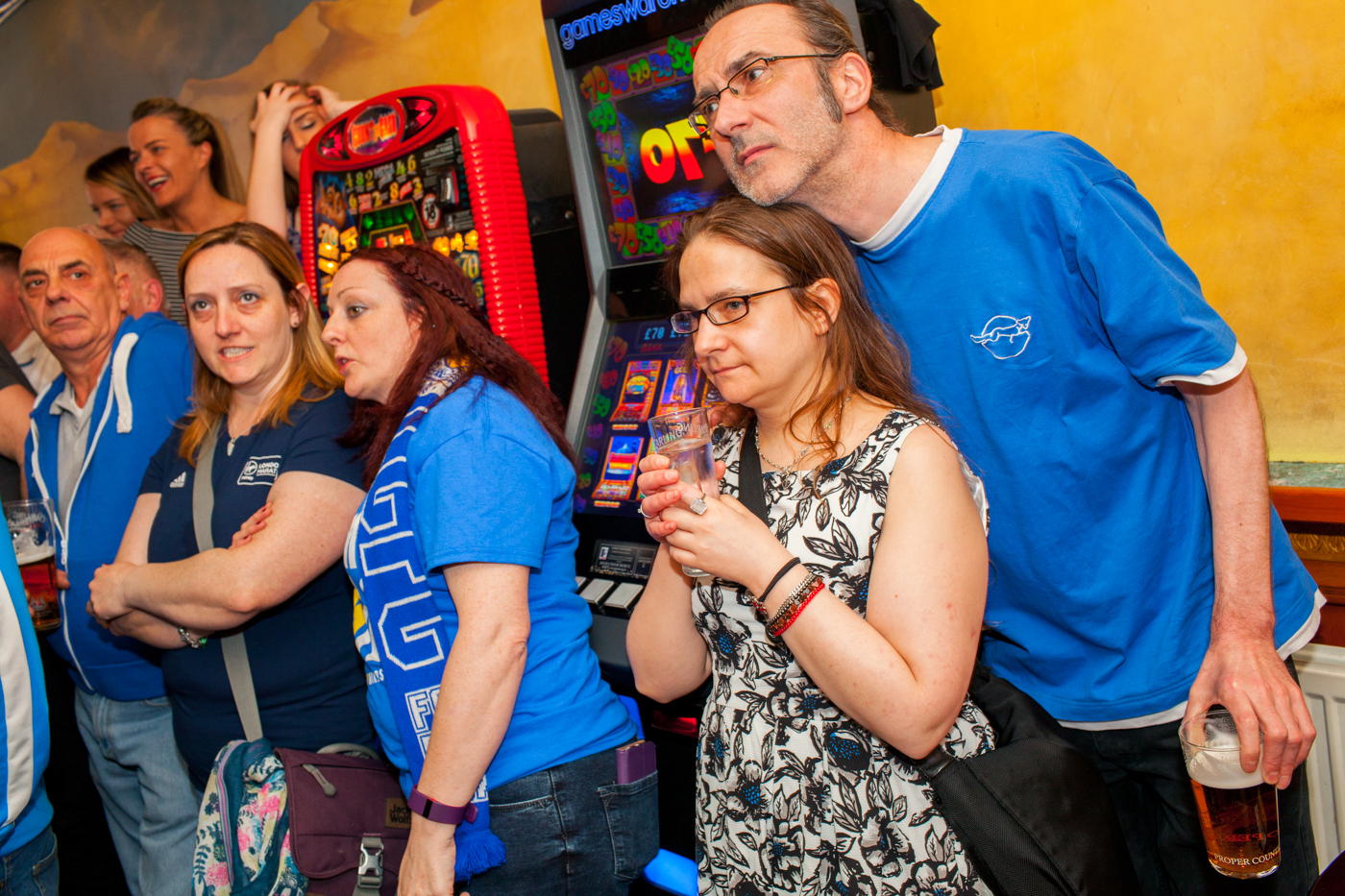 Leicester City football fans watch their team playing away at MAnchester United on the television in the Oasis Bar located on Narborough Road.

Narborough Road, one of the main avenues into the city, was named the most diverse street in Britain by researchers. Shopkeepers and small business owners from 23 nations work there.