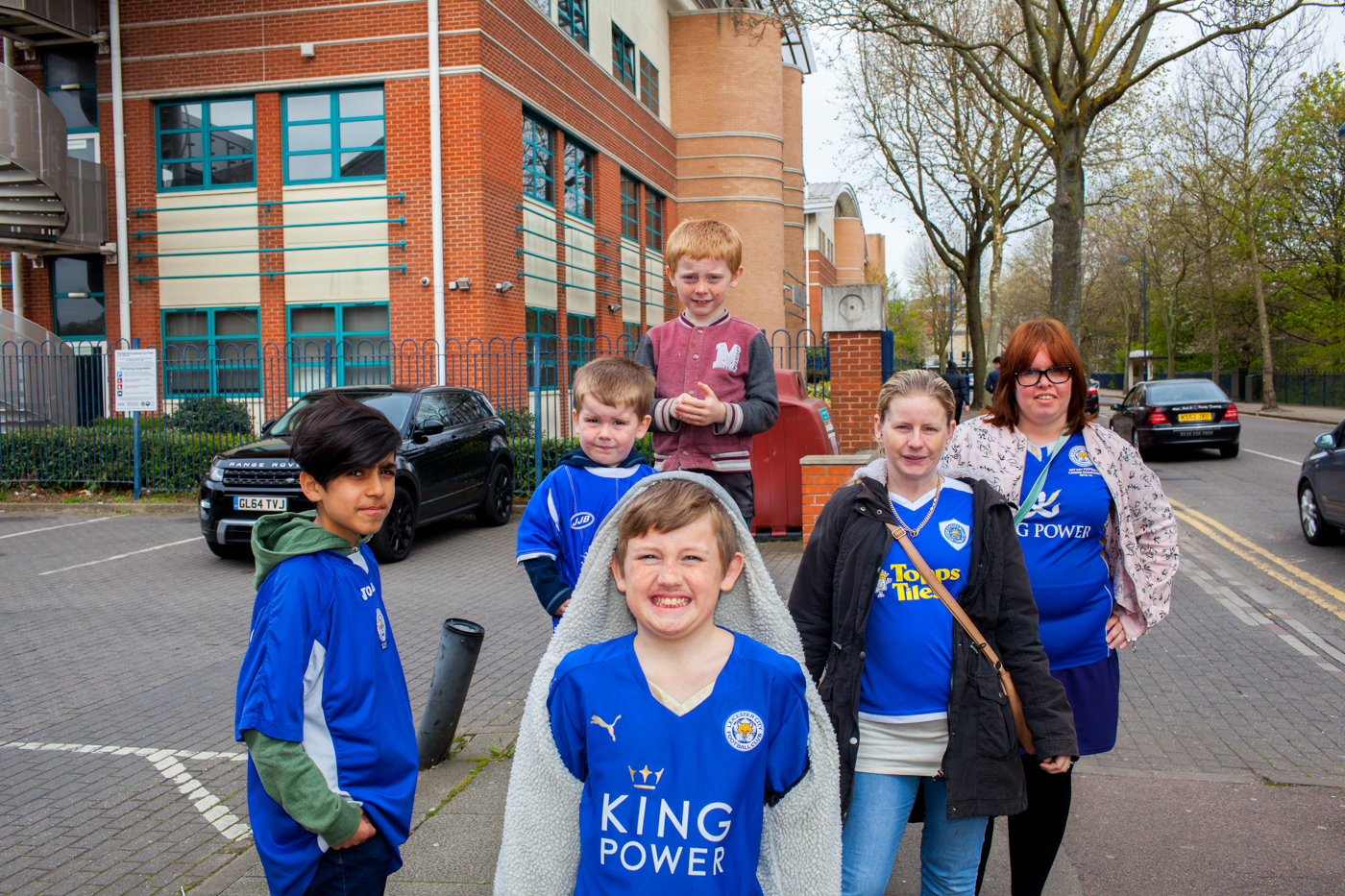 Liz Atkins with her three children, Tyler 11 (front), Fidian 8 (back) and Aire 3 (middle) with friend Jessica Ray and Nima (far left) on their way to the Soar Point pub in Leicester to watch them play Manchester United on television.