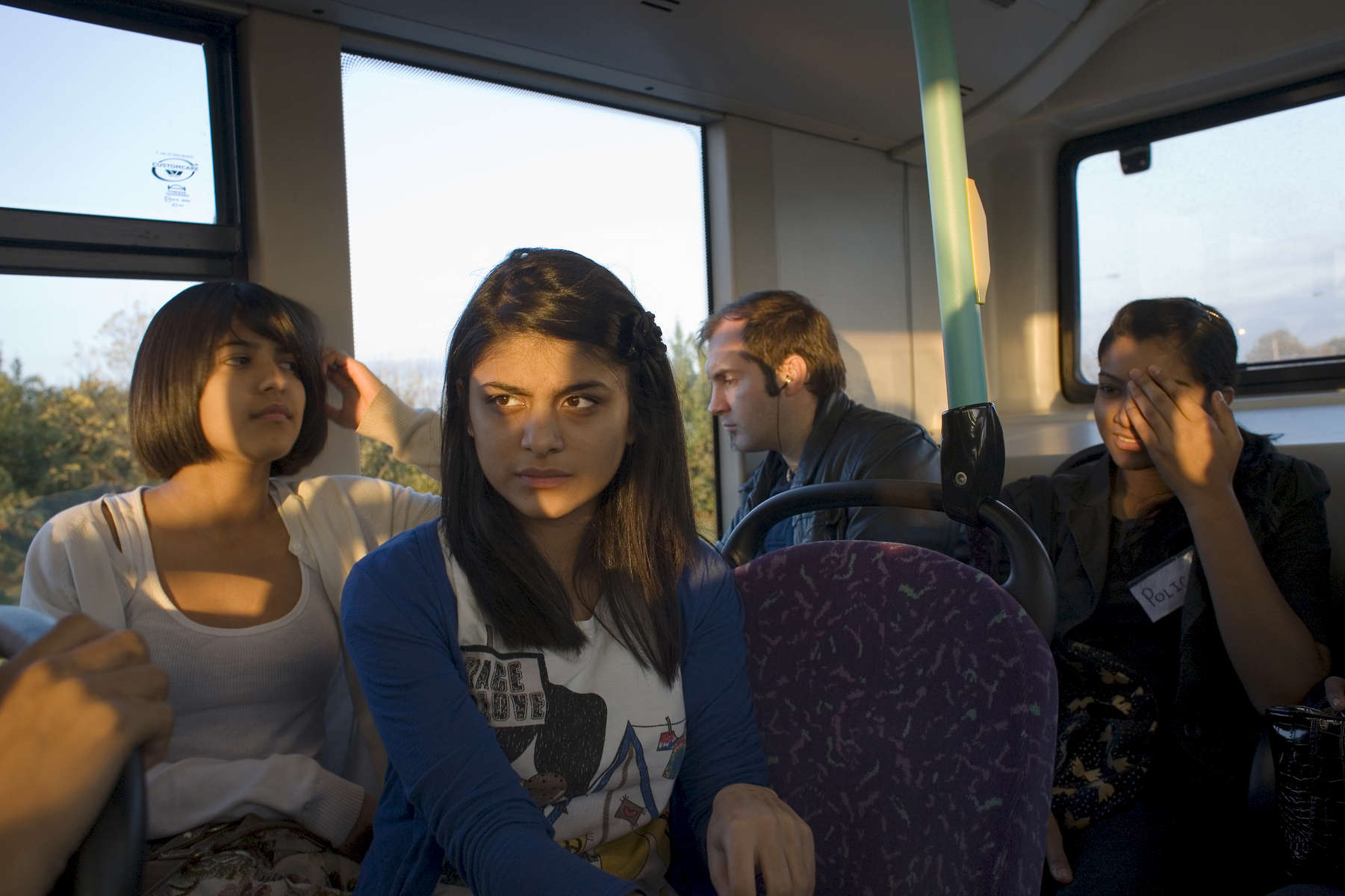 Laiba Abassi (2nd right) and Robyn Kullar (left) on the bus to The Beck Theatre where Laiba will perfom as Adriana and Robyn as Luciana in a production of William Shakespeare's 'Comedy of Errors' as part of the 10th Anniversary Shakespeare School Festival. Laiba (15) a Muslim and Robyn Kullar (15) a Sikh are very close friends and pupils at Villiers High School in Southall.