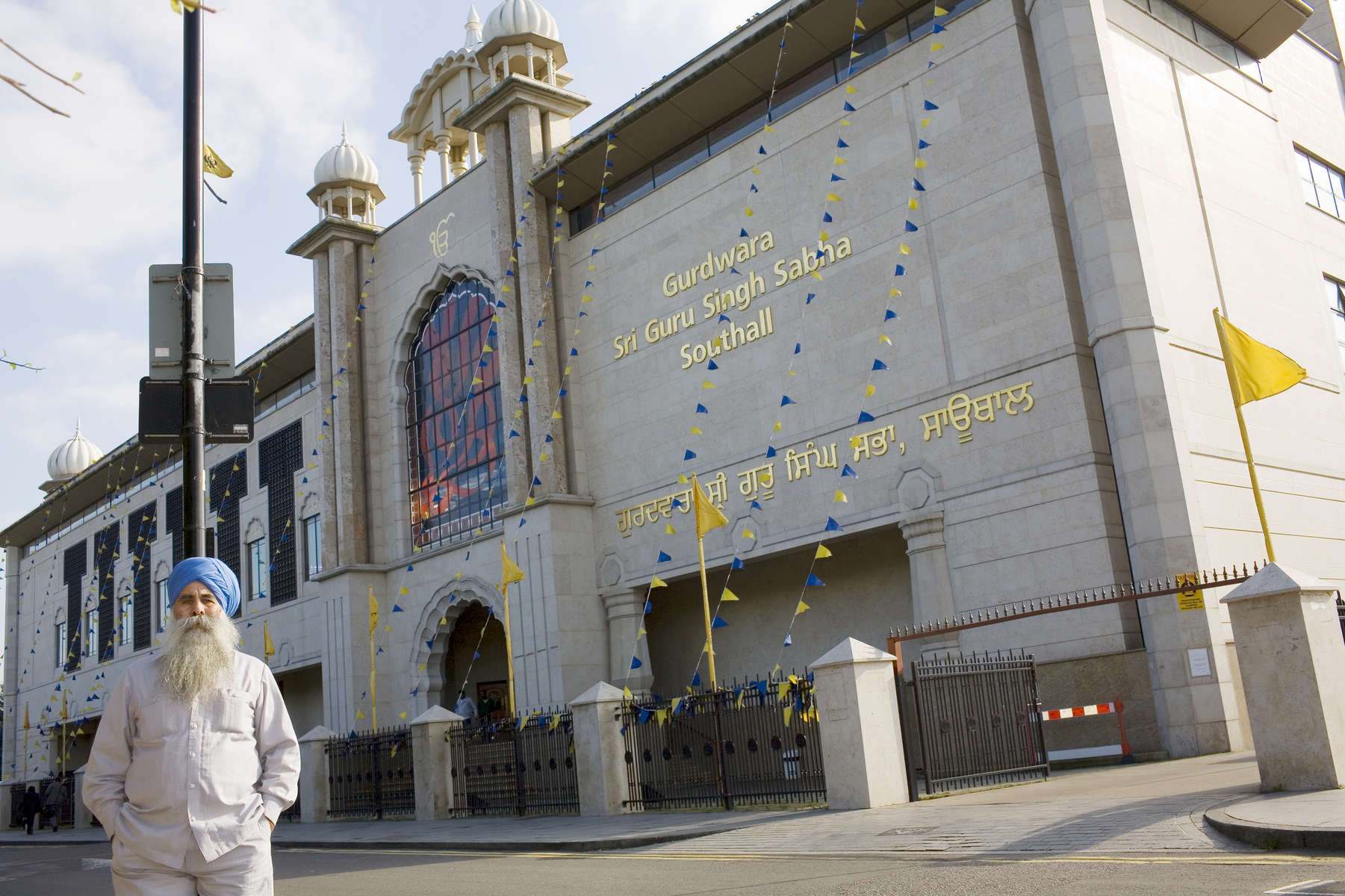 The Sikh Gurdwara Sri Guru Singh Sabha in Southall is the largest Sikh temple in Europe. Funded by donations from Sikh communities around the globe it cost £17.5 million to build and opened in 2003.