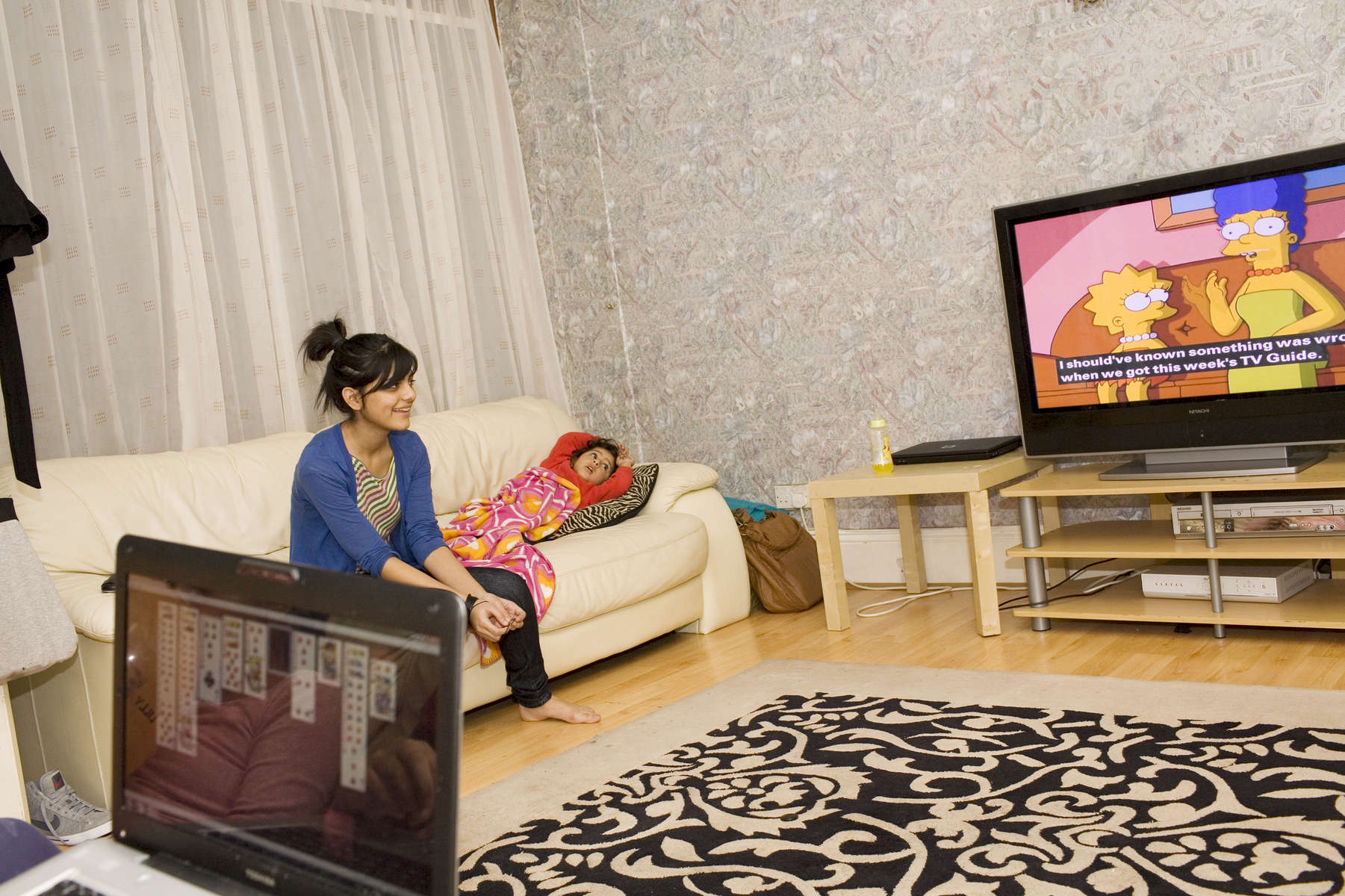 15 year old Laiba Abassi watching an episode of TV favourite The Simpsons with her sister Fatimah (3). Her sister Ahareem (10) is playing card game patience on the computer. Laiba has another sister Maira (14), they both attend Villiers High School.