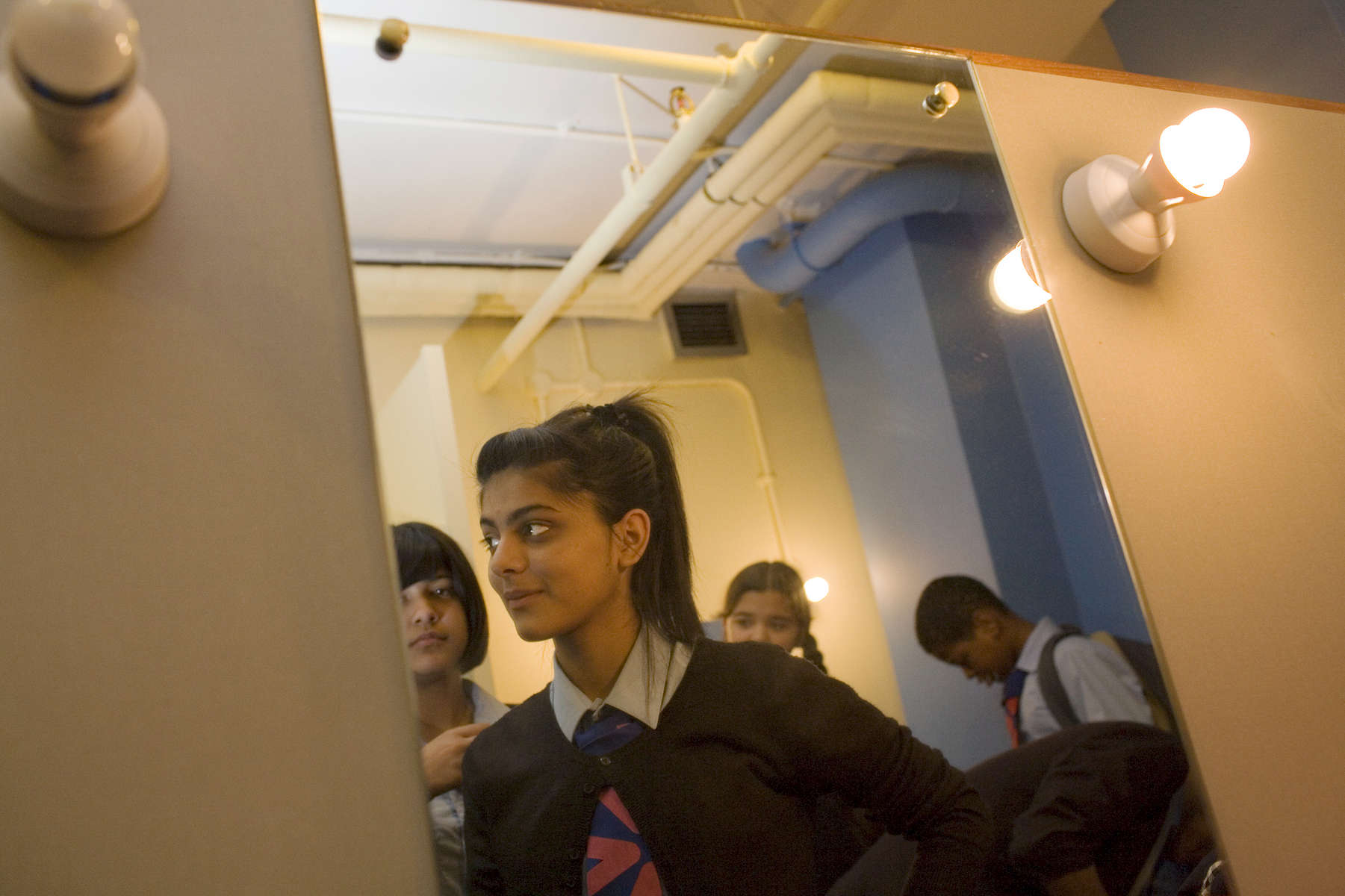 Friends Laiba Abassi and Robyn Kullar in the female changing room at The Beck Theatre. Laiba is playing Adriana and Robyn her sister Luciana in William Shakespeare's play 'Comedy of Errors.' The production is part of the 10th anniversary Shakespeare School Festival. Villiers High School, where the two girls are both pupils is one of 650 schools taking part,