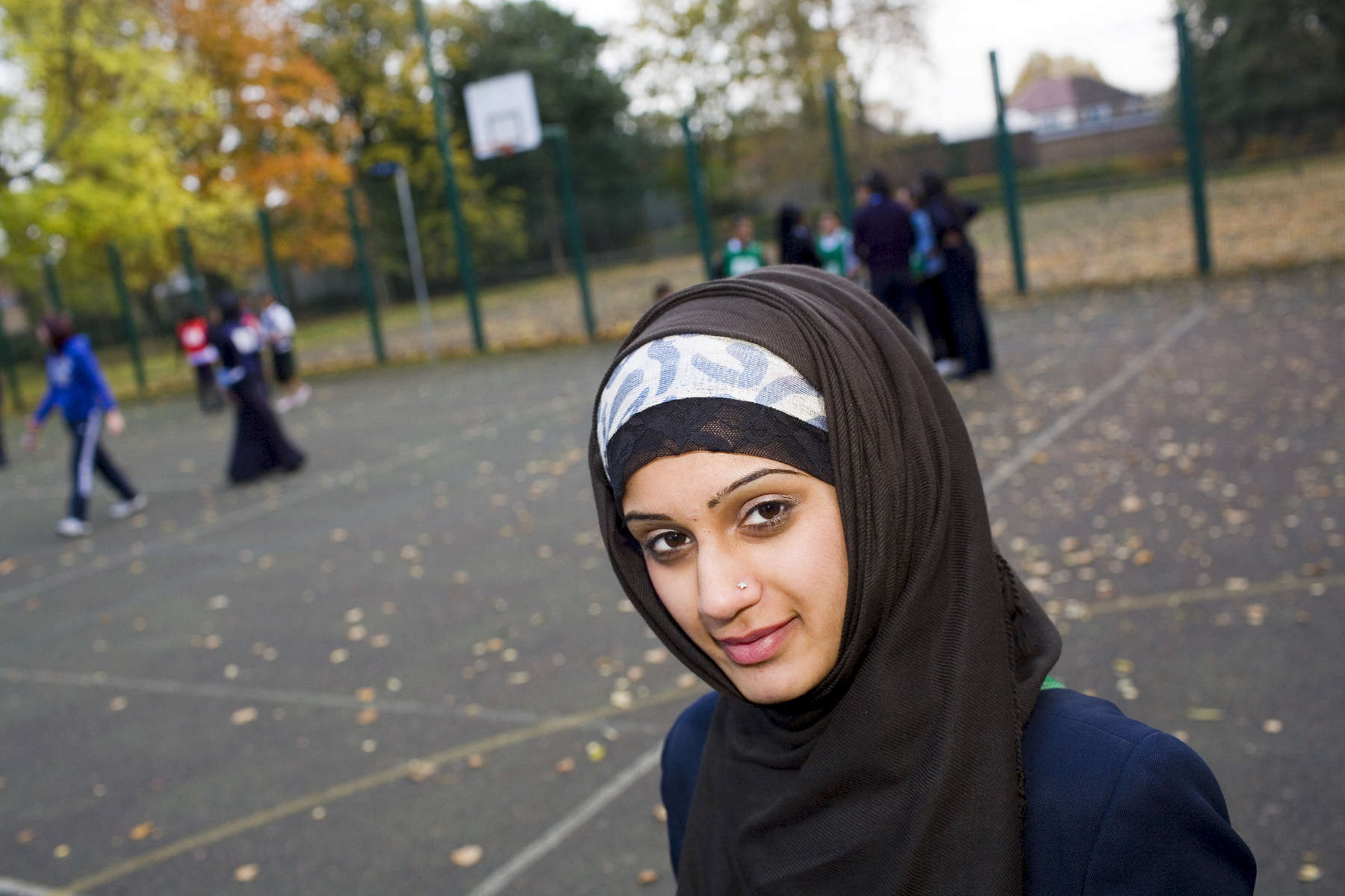 15 year old Muslim, Mahnoor Chaudry at the Tuesday after school netball club at Villiers High School. Mahnoor's father was born in the UK, her mother arrived from Pakistan in the late 1980's.