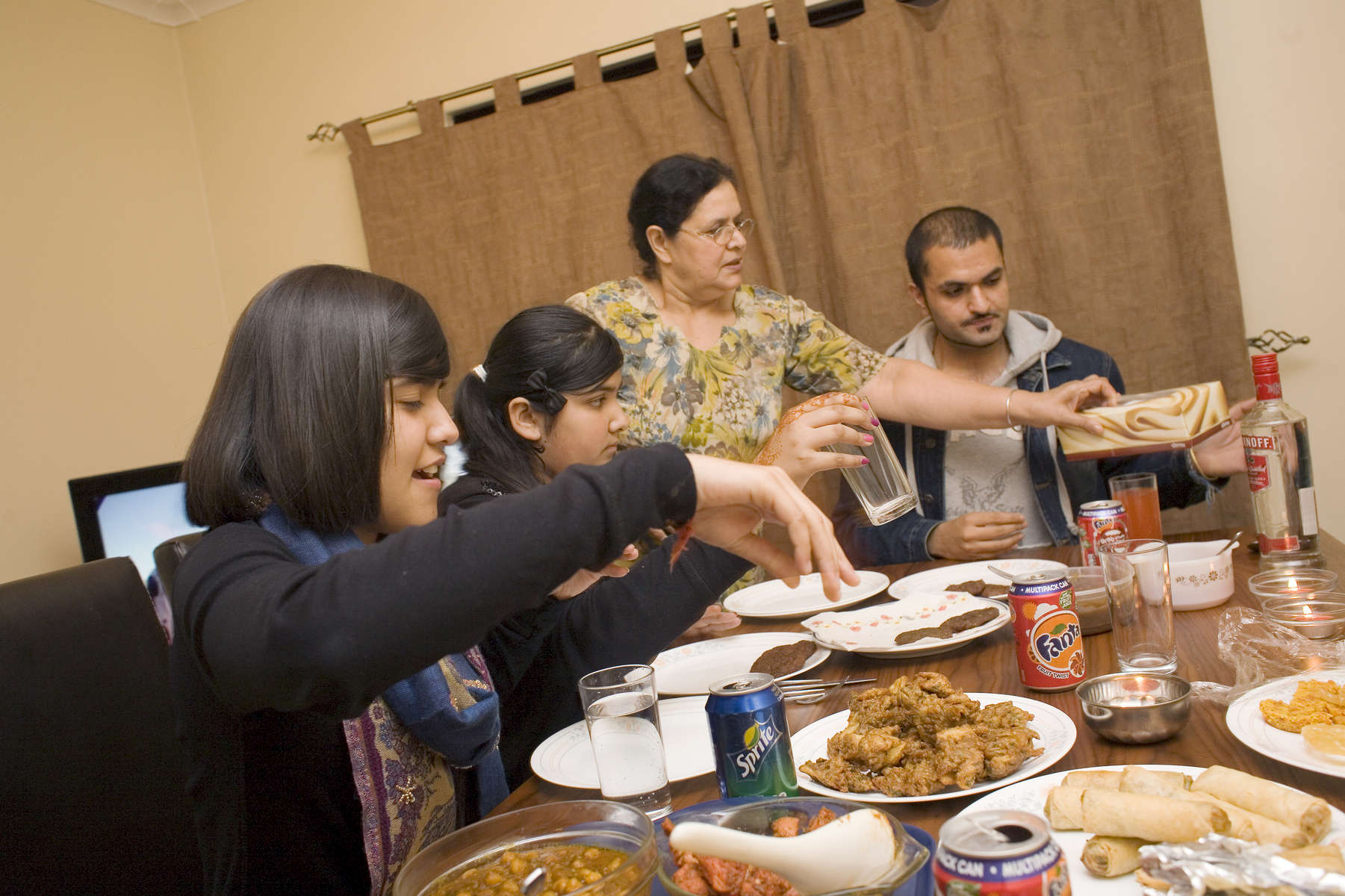 15 year old Robyn Kullar (left) with her sister Alisha (13), grandmother Kuldeep and Uncle, Blaise. They are having dinner together for Diwali, an important festival in the Sikh calendar.

Robyn and Alsiha are pupils at Villiers High School in the town of Southall. It has a very wide ethnic diversity. 45 different 1st spoken languages are listed among the 1208 pupils. 25 ethnic groups are represented with Indian, Pakistani and Black-Somali the three highest.