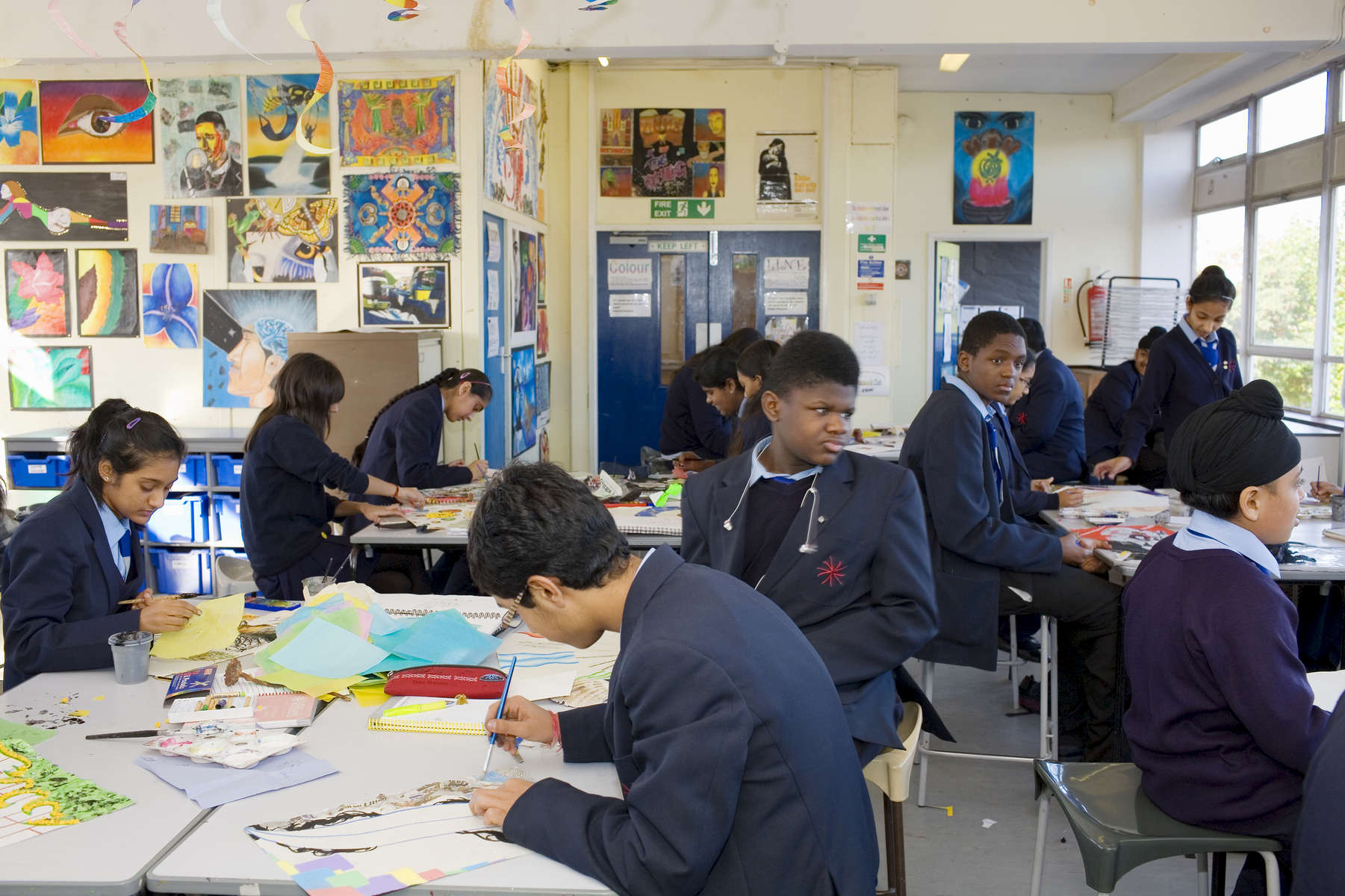 14 year old Hindu, Tulsi Pankania (left) during Art Class at Villiers High School. Art is one of Tulsi's favourite lessons and she regularly attends the after school club. Tulsi's is a 2nd generation migrant whose family is originally from India. Her mother was born in the UK, her father arrived about 20 years ago.