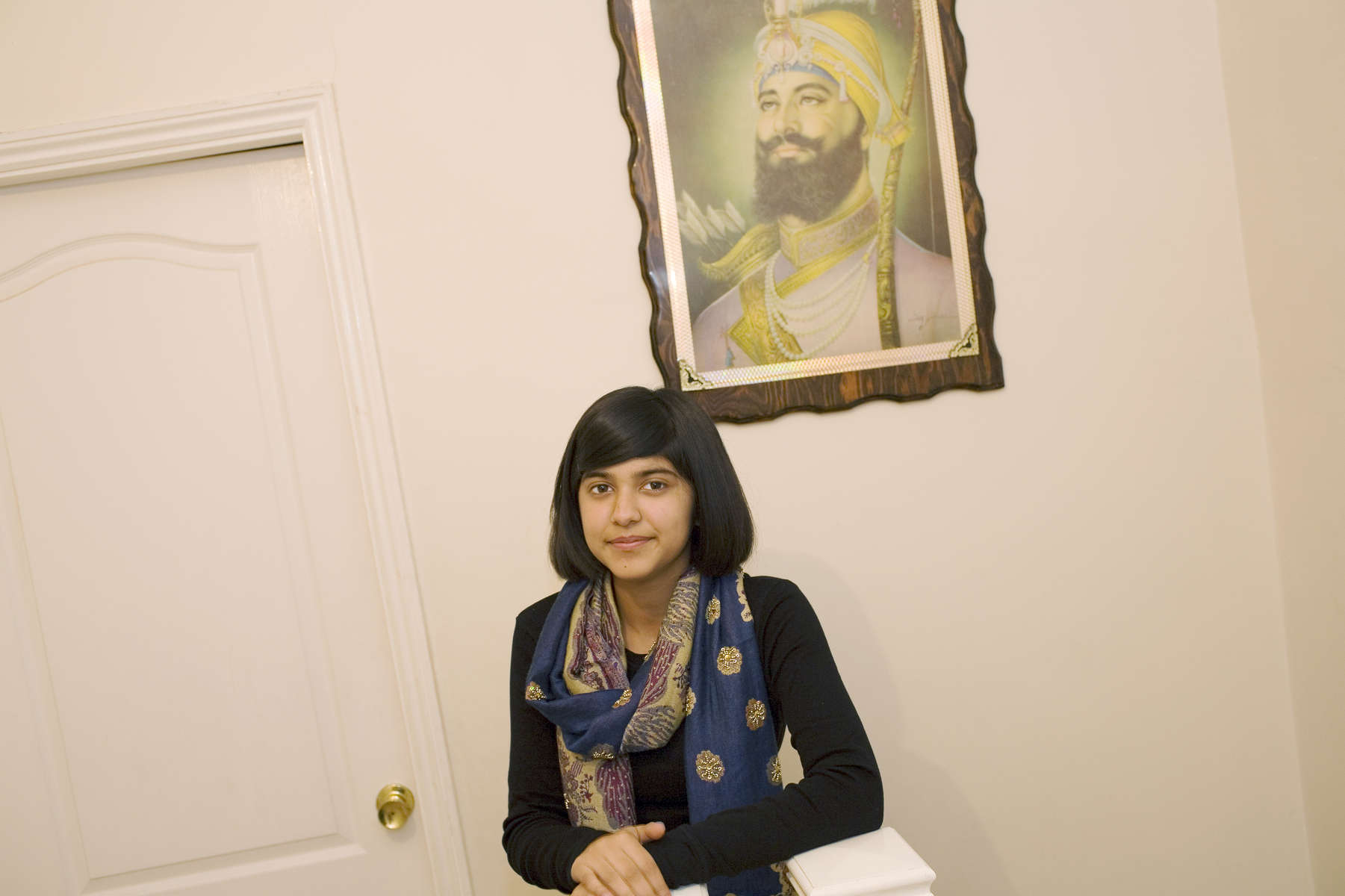 15 year old Robyn Kullar under a portrait of Sri Guru Gobind Singh at her home in Southall where she lives with her mother Sarbjeet (40), grandmother Kuldeep (59) and sister Alisha (13). Her family are Sikh but Robyn admits to being an Atheist. She enjoys the cultural aspects of Sikhism and will celebrate various festivals including Diwali. Robyn is a pupil at Villiers High School.