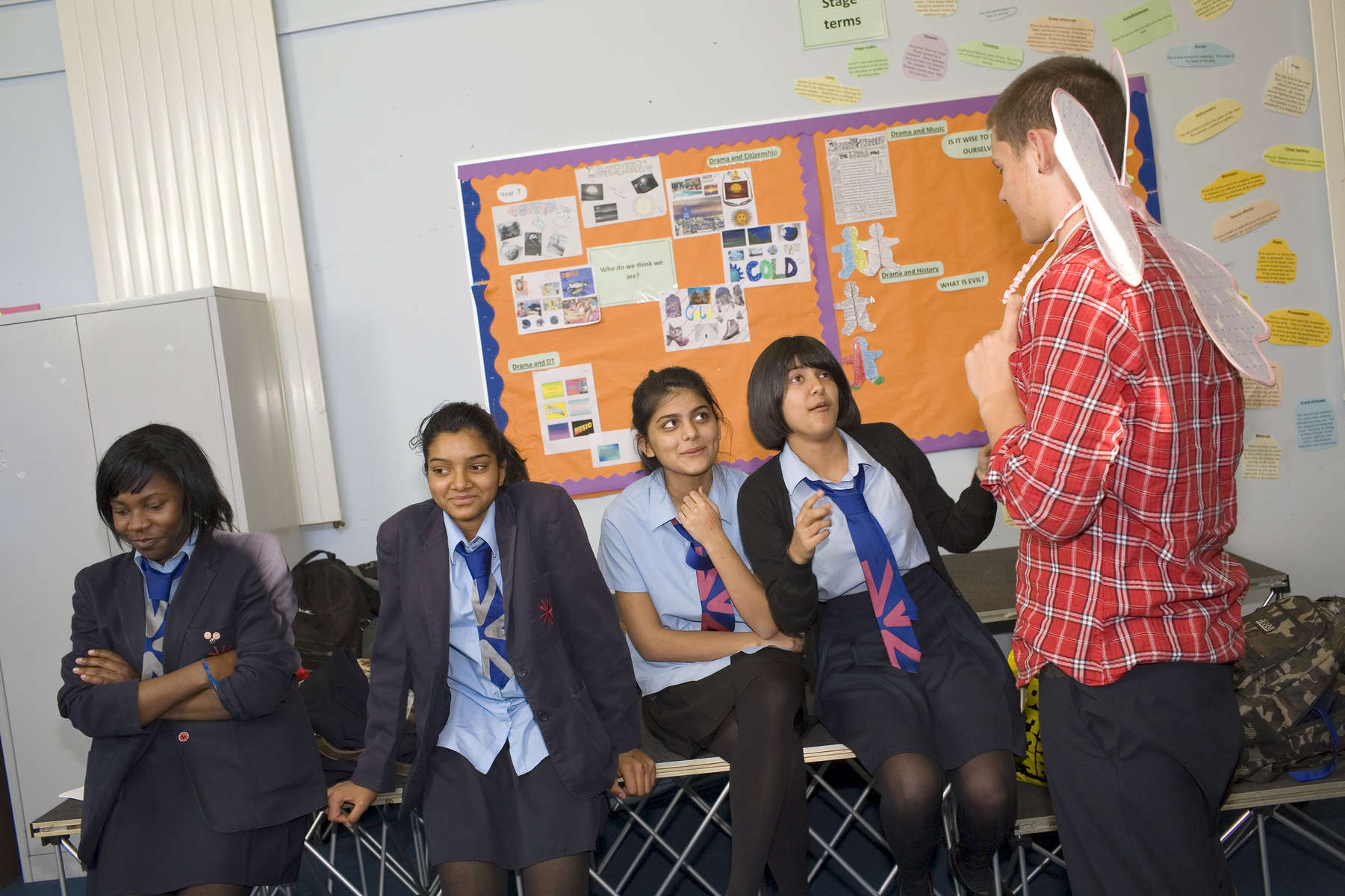 Laiba Abassi (3rd from left) and Robyn Kullar (2nd from right) during a rehearsal for a production of William Shakespeare's 'Comedy of Errors.' They volunteered to be in the play and are to perform at The Beck Theatre as part of the 10th anniversary Shakespeare School Festival, the UK's largest youth drama festival with over 650 schools involved. Laiba is playing Adriana and Robyn her sister Luciana.