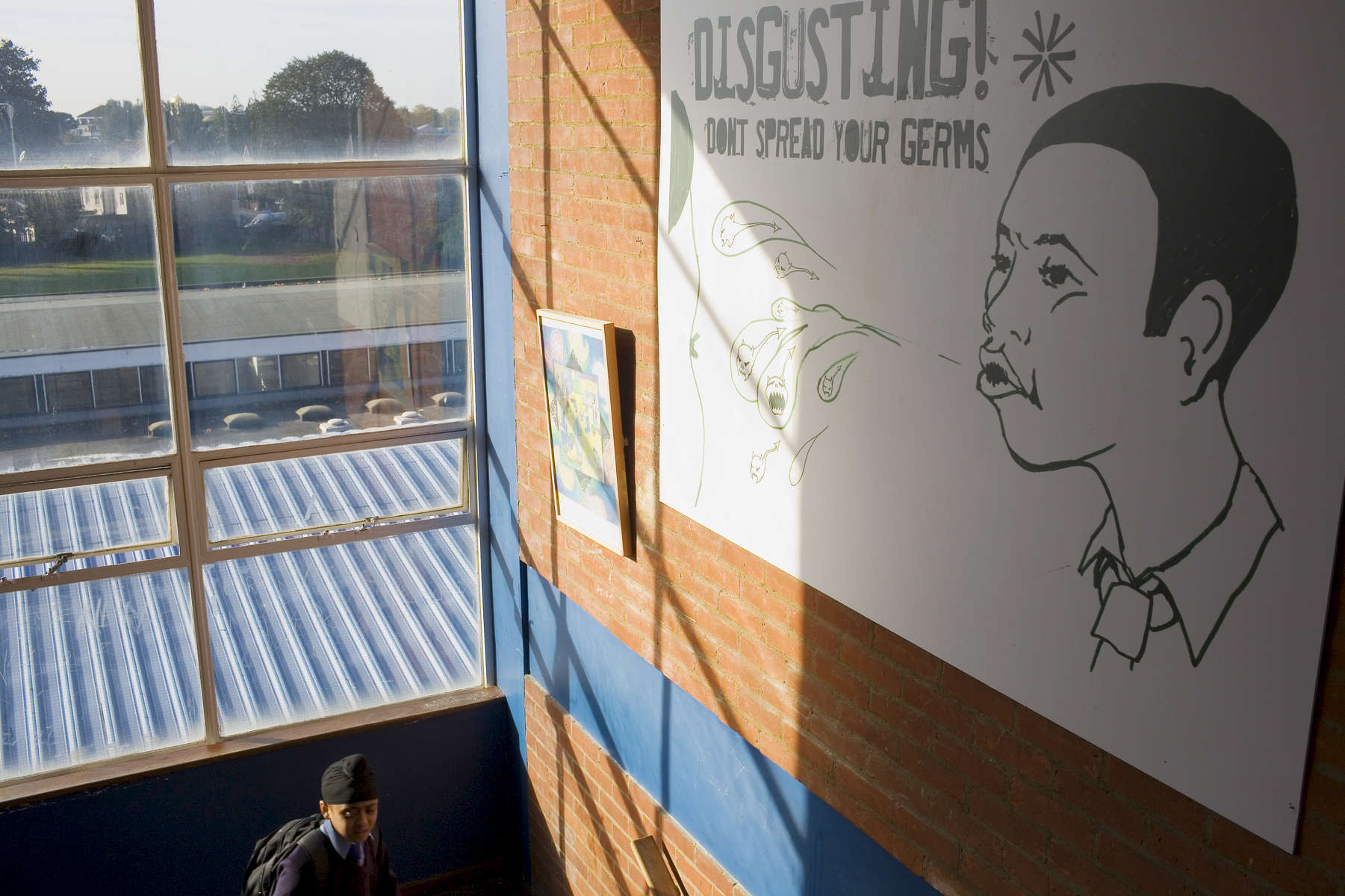 A pupil at Villiers High School passes under one of many warning posters that pepper the walls. Villers has a very wide ethnic diversity. 45 different 1st spoken languages are listed among the 1208 pupils. 25 ethnic groups are represented with Indian, Pakistani and Black-Somali the three highest. The pupils are encouraged to actively take part in positive integration and behaviour.