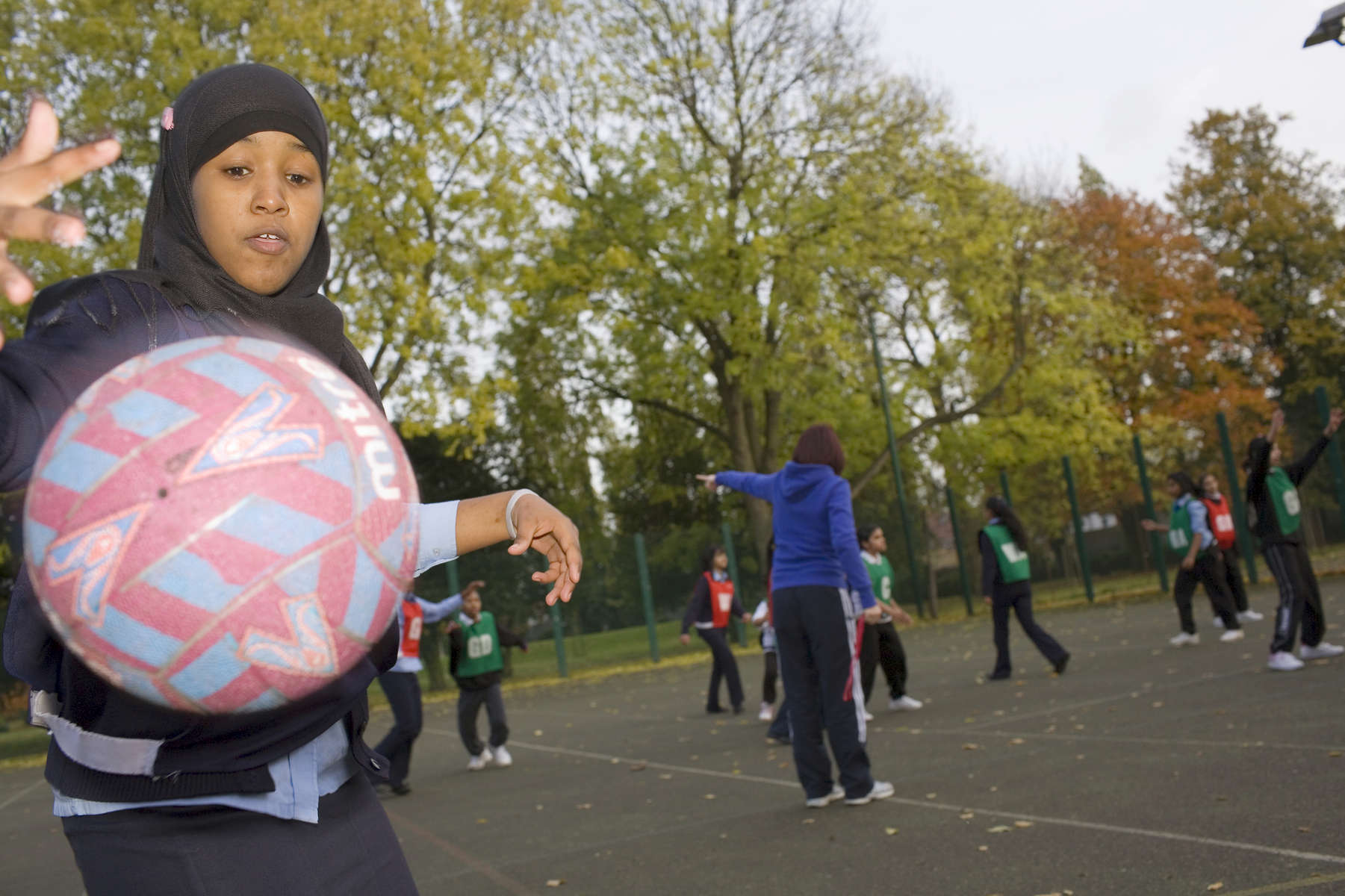 The Tuesday after school netball club in action on one of the outside courts at Villiers High School. Staff at Villiers urge parents to actively encourage their children to attend at least one extra curricular club. Netball is particularly popular with female pupils from South Asia.