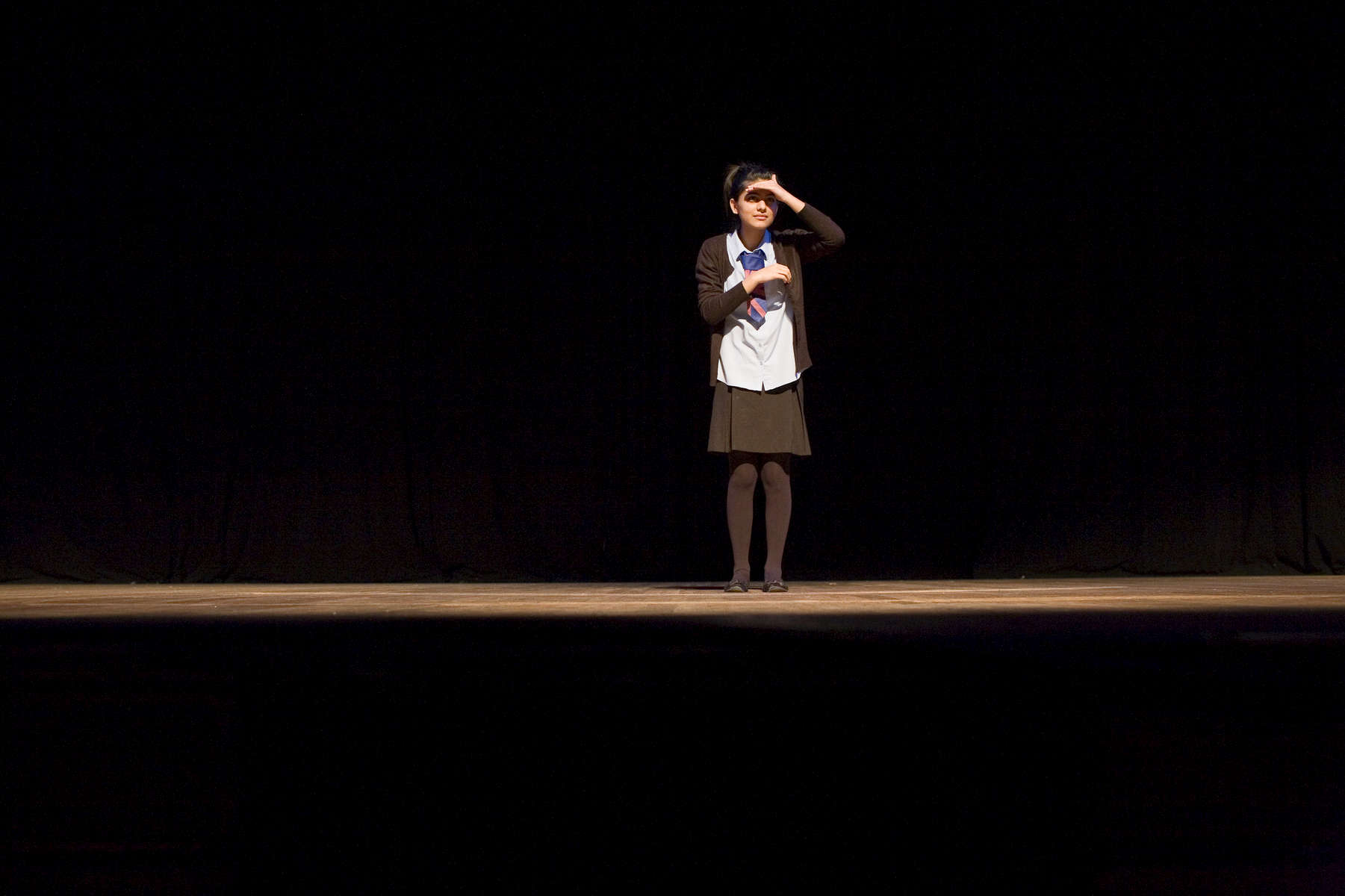 Laiba Abassi on stage at The Beck Theare during a rehearsal for Shakepeare's 'Comedy of Errors' in which she was playing Adriana. The play was part of the 10th anniverary Shakespeare School Festival, the UK's largest youth drama festival with over 650 schools involved including Villers Hgh School where Laiba is a pupil.