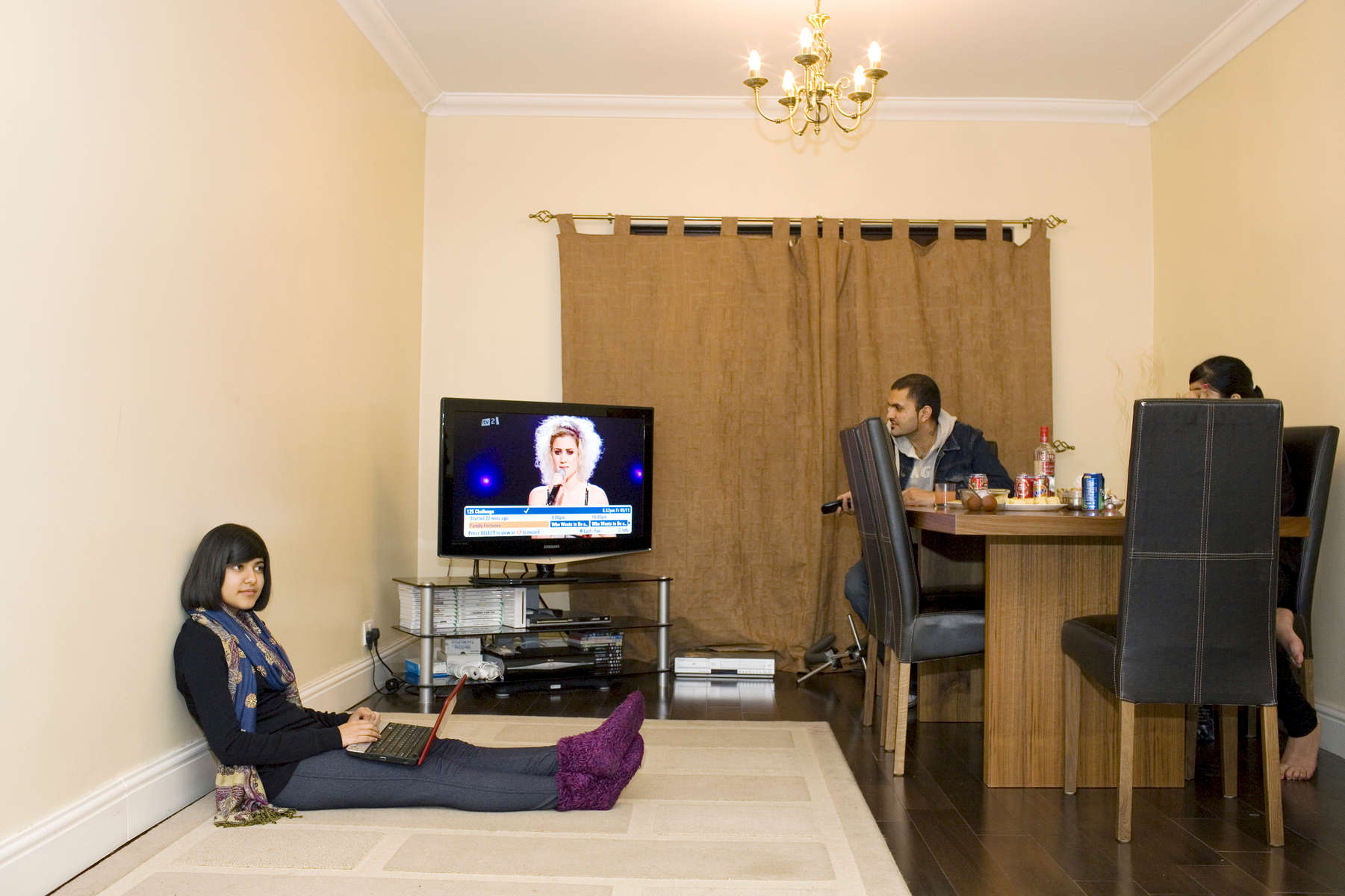 15 year old Robin Kullar connects with friends on her laptop via the social networking site Facebook. Her uncle Blaise and sister Alisha (13) watch a recording of the reality talent show X Factor.