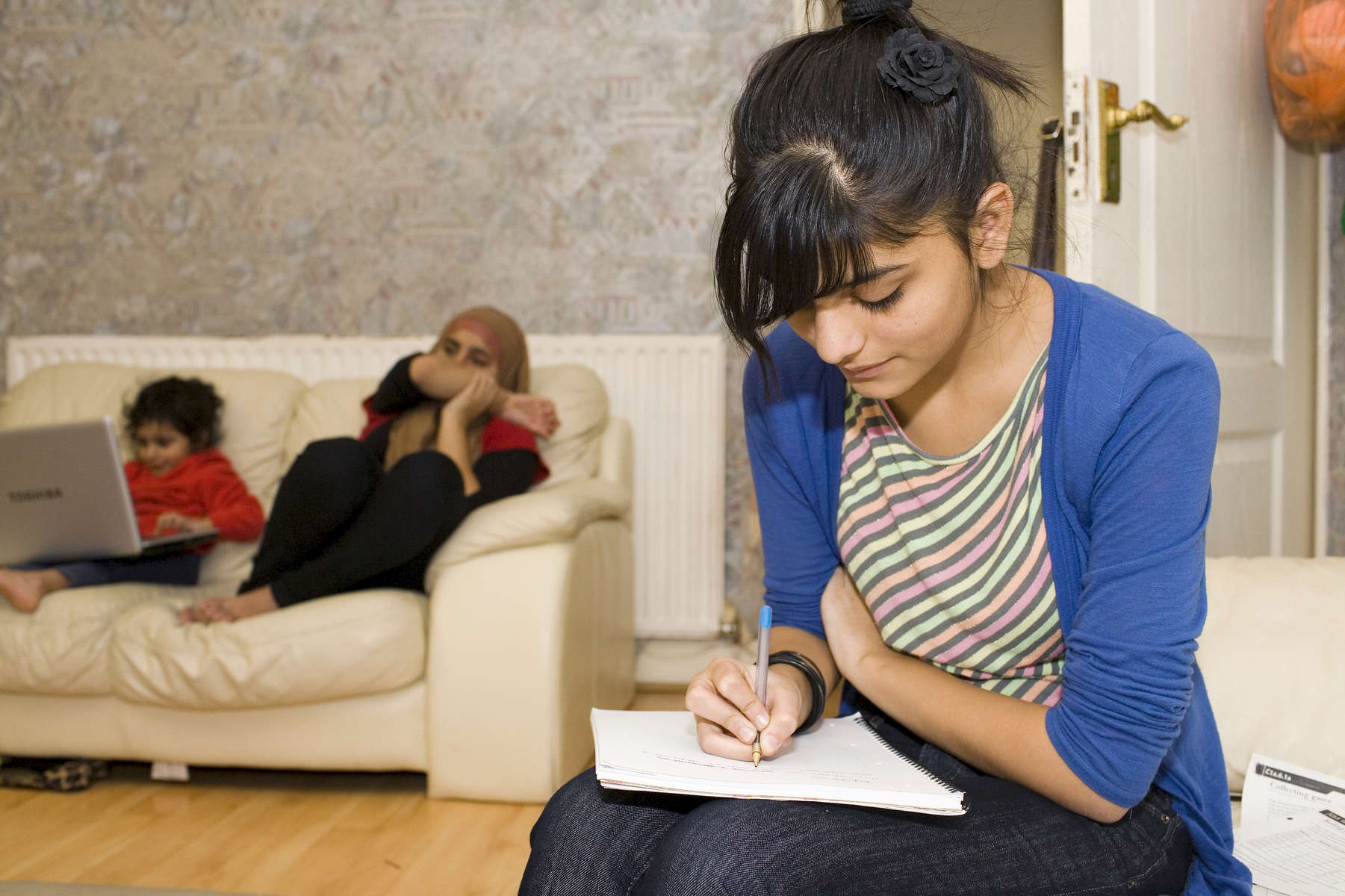 15 year old Laiba Abassi studying for her exams in the living room of the home where she lives with her mother Safia (40), father Khalid (43) and sisters Maira (14 pictured centre), Ahareem (10) and Fatimah (3 pictured left). Laiba is a 2nd generation migrant from Pakistan. Her mother arrived from the capital Islamabad aged 3 in 1972, her father arrived in 1995. It is a three bedroom home, Laiba and her parents each have one, her three siblings share the other all sleeping in one big bed.