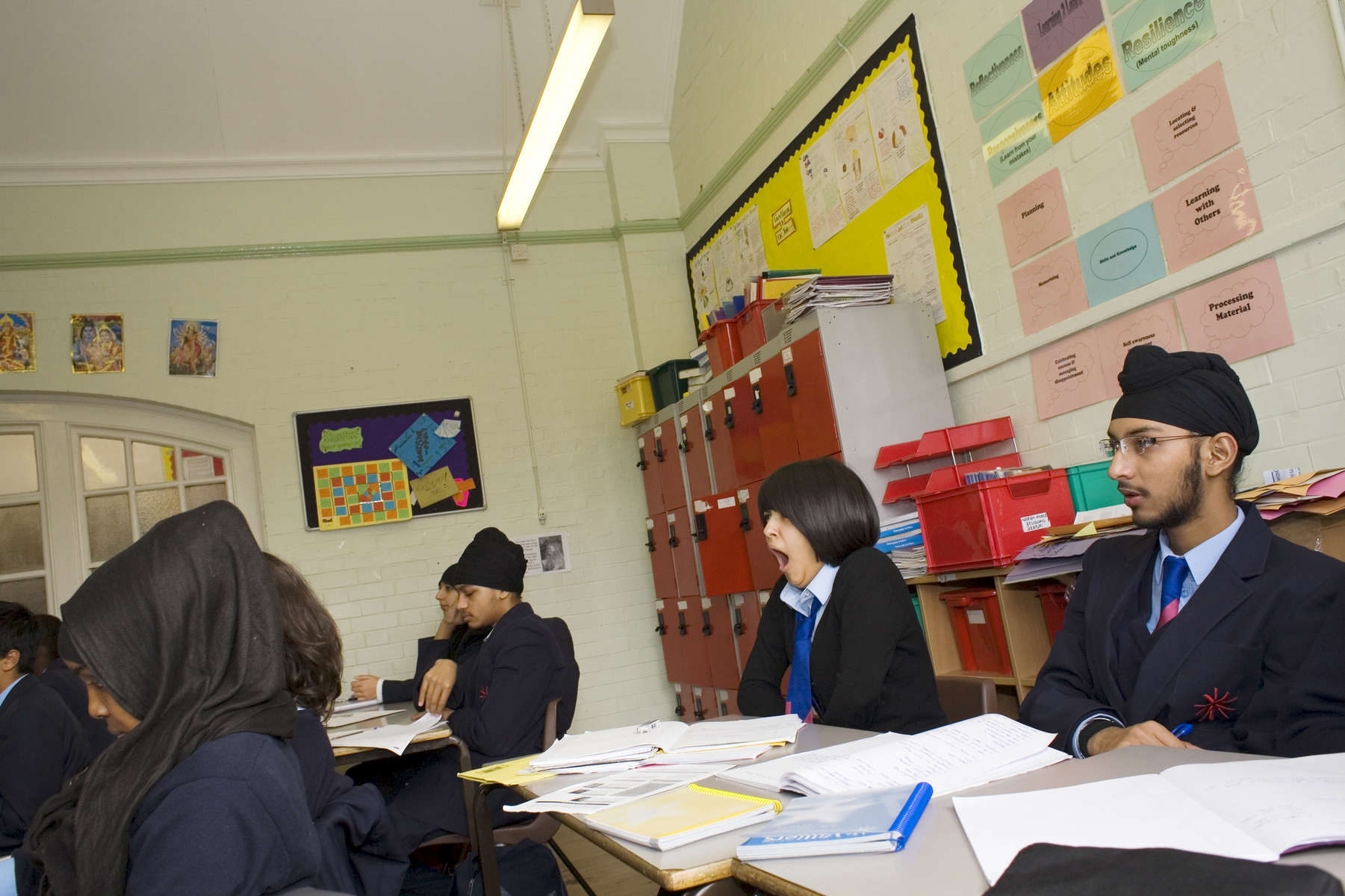 15 year old Robyn Kullar whose family are Sikh in a Religious Education class learning about aspects of Islam.