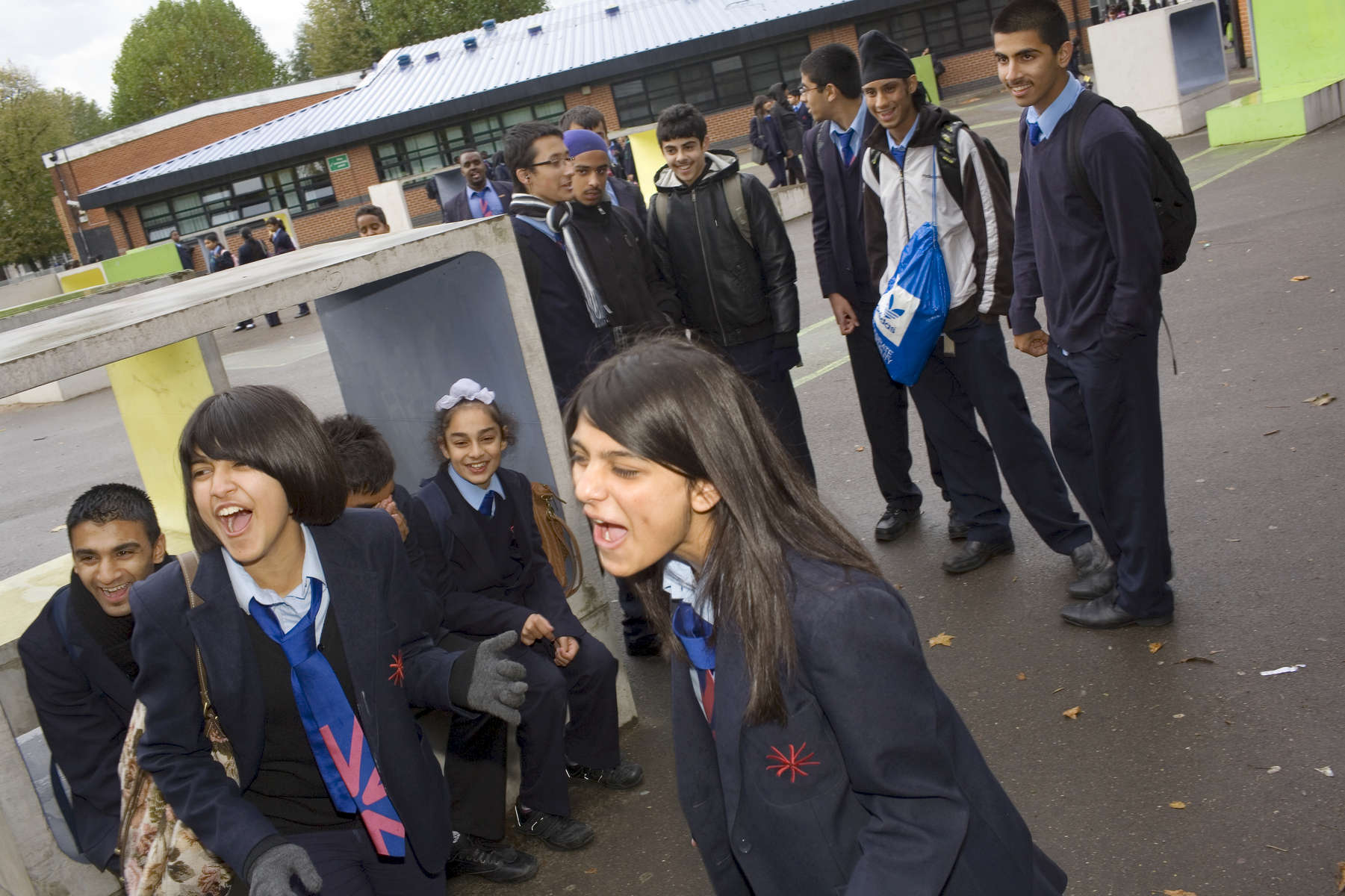 Close friends Robyn Kullar (left) and Laiba Abassi hang out in the playground which for the two of them is the best thing about going to school.