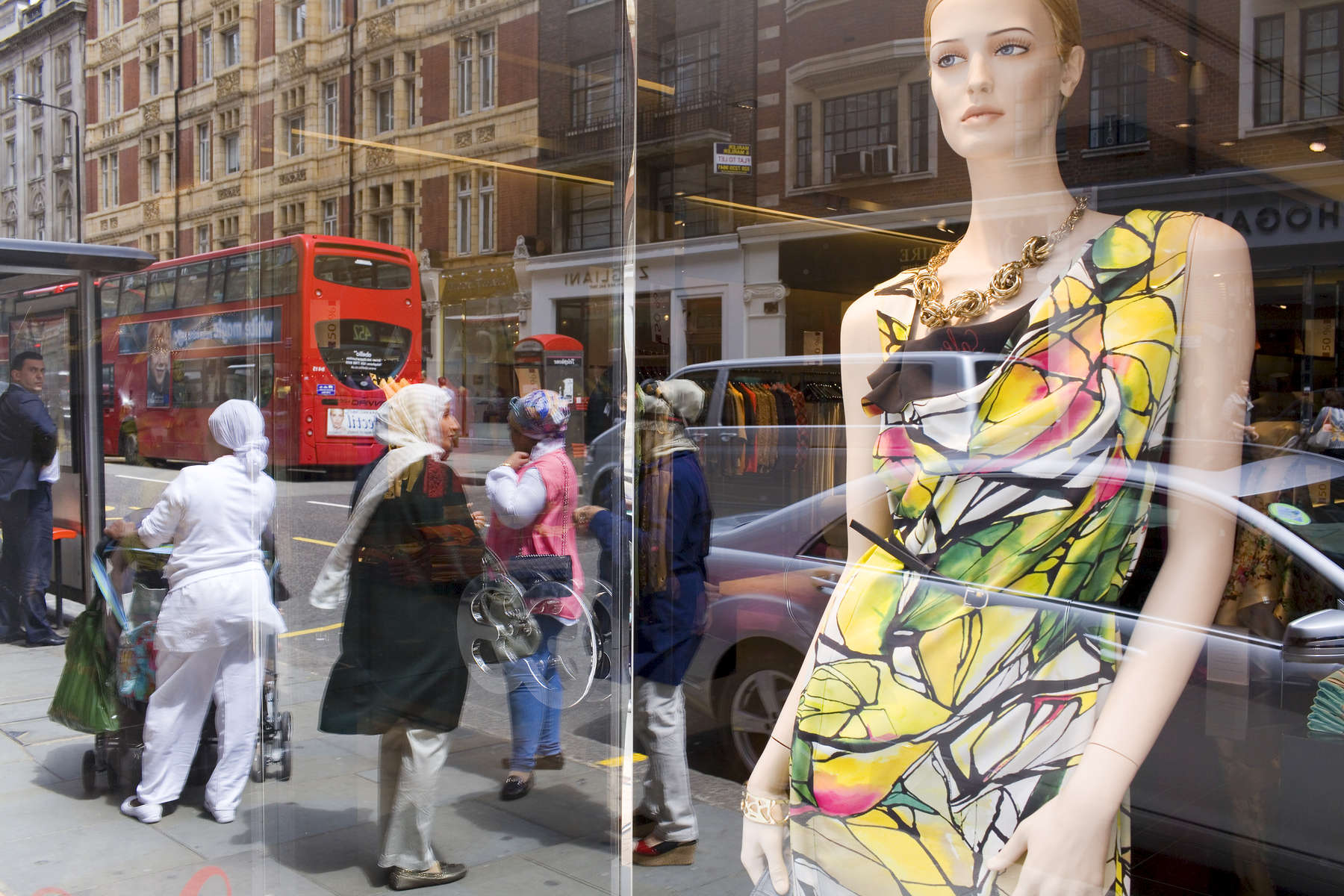 Arab women seen in the reflection of a shop window on Sloane Street in West London.