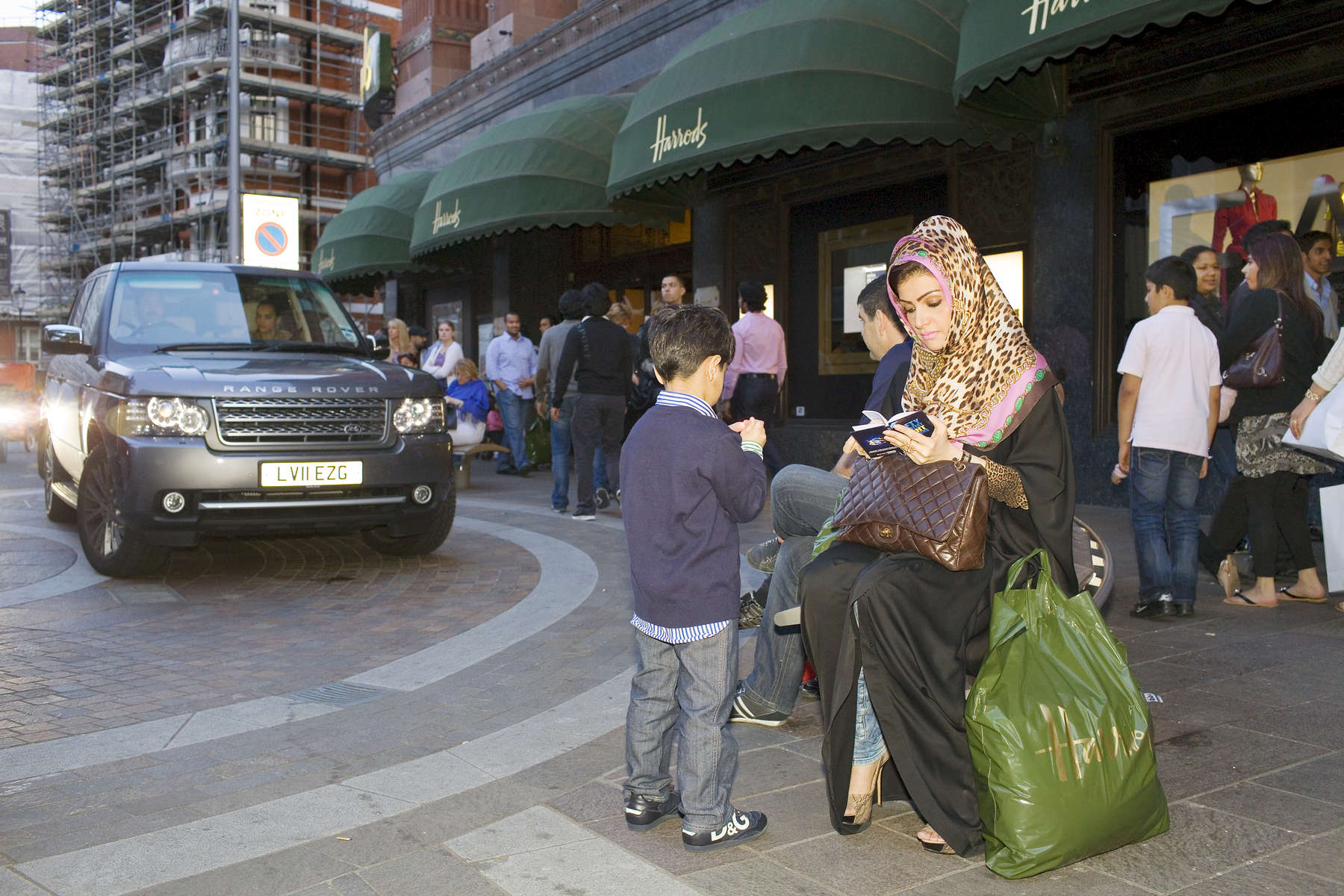 An Arab woman sits on a bench outside Harrod's