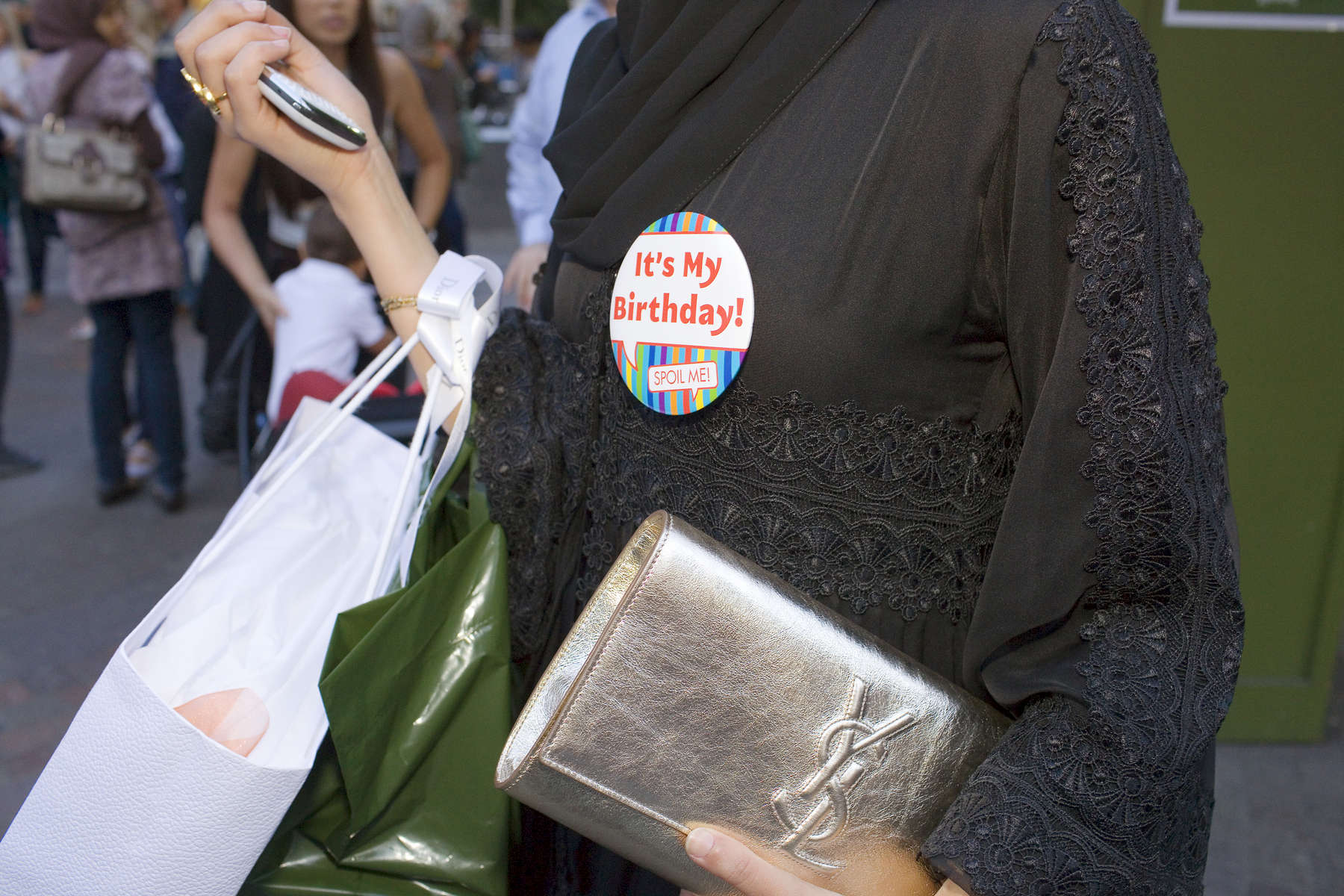 An Arab woman wearing an 'It's Mt Birthday!' badge clutching an Yves Saint Lauren bag and a mobile phone outside Harrod's.