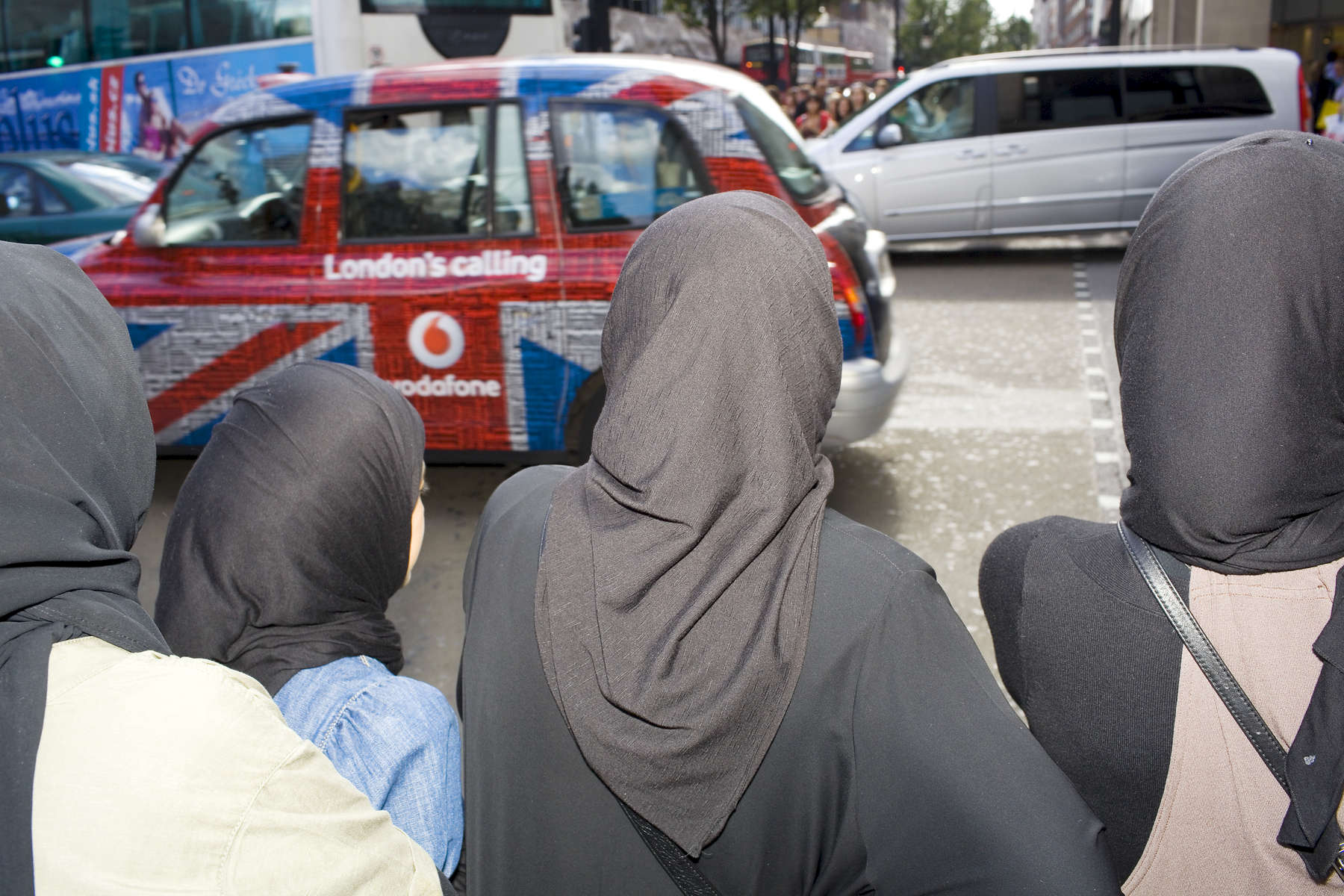 Arab women shop on London's busy Oxford Street, one of the busiest in Europe.