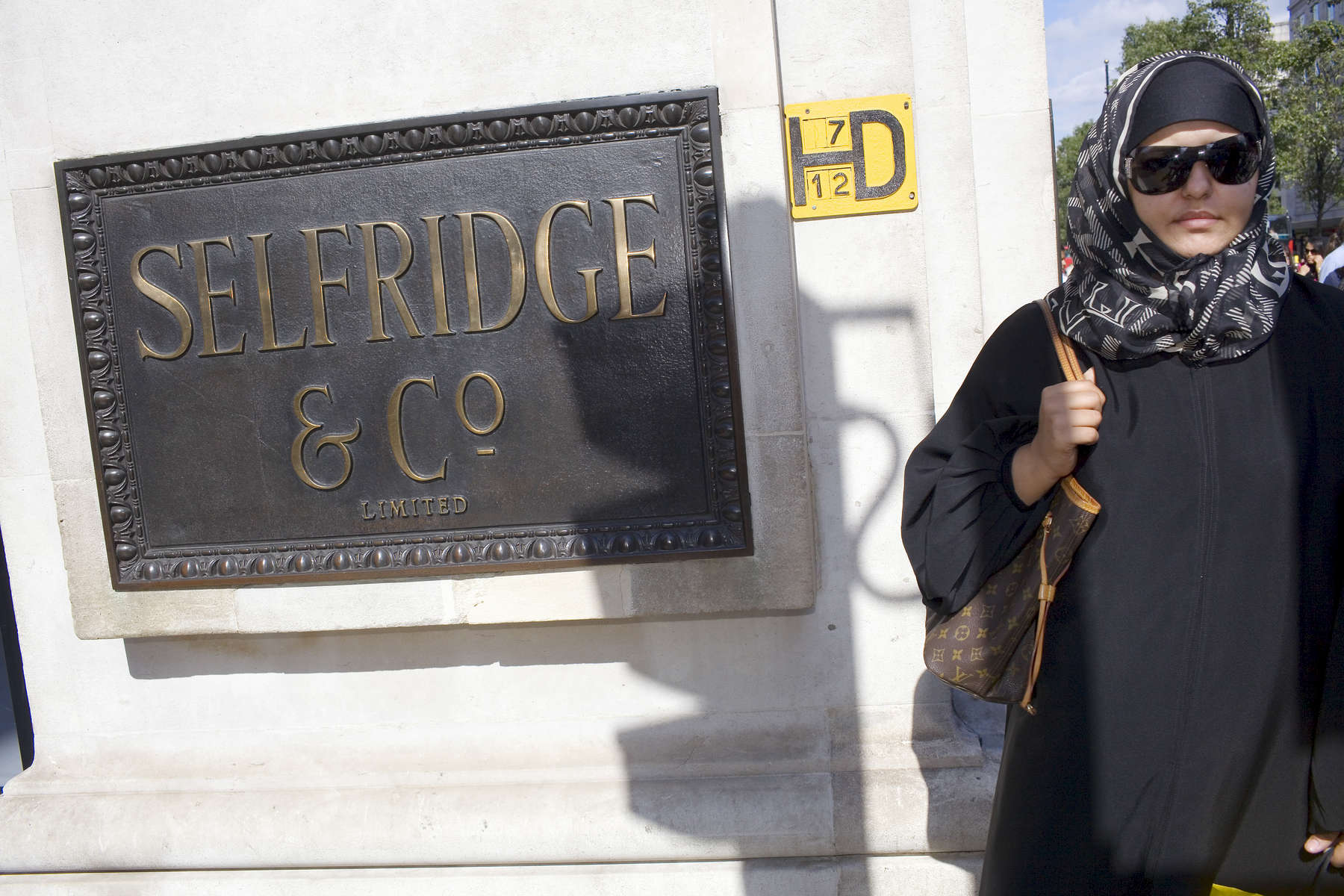 An Arab woman wearing sunglasses passes by the Selfridge & Co store located on London's busy Oxford Street, one of the busiest in Europe.