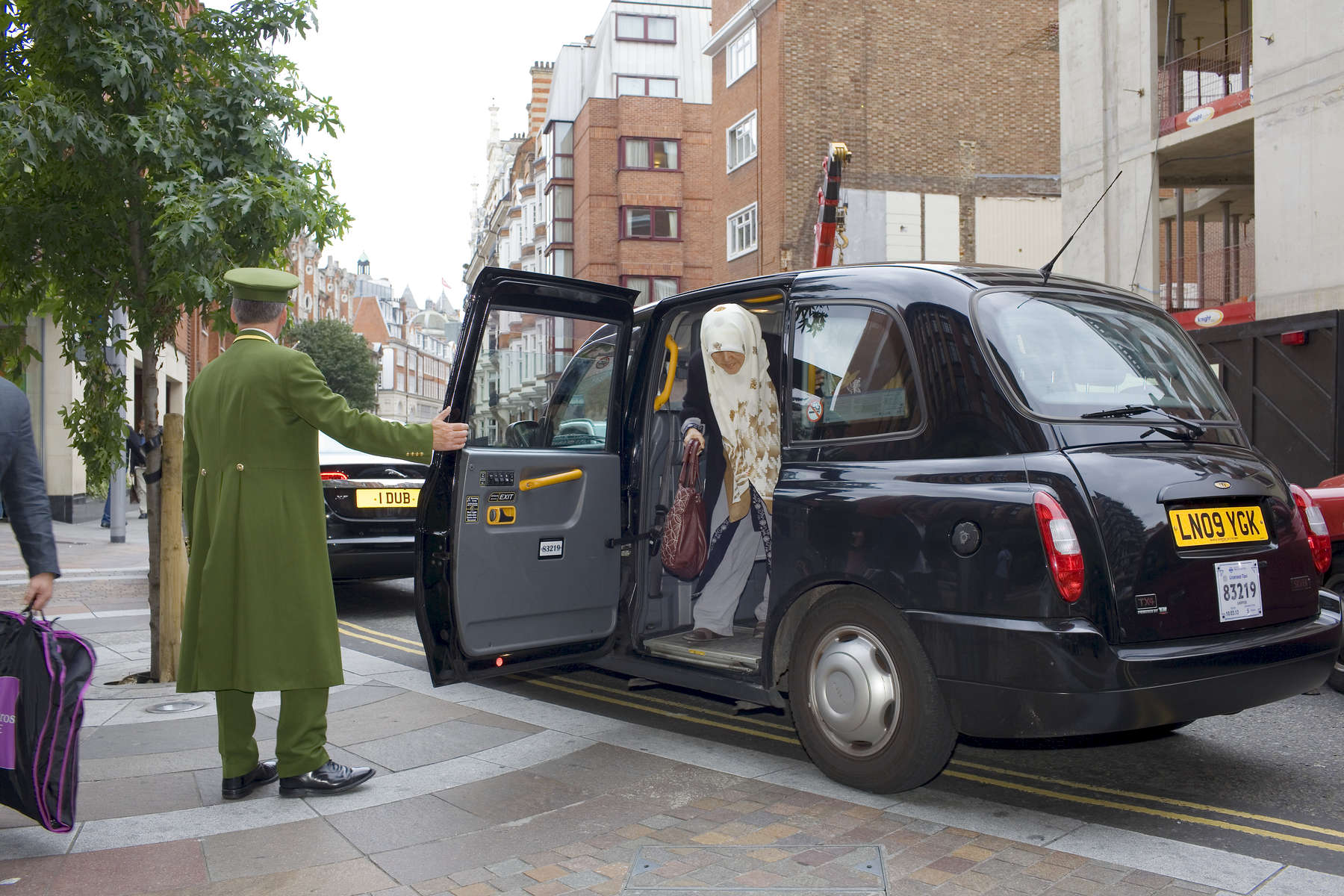 An Arab woman exits a black London taxi helped by a Harrod's doorman.