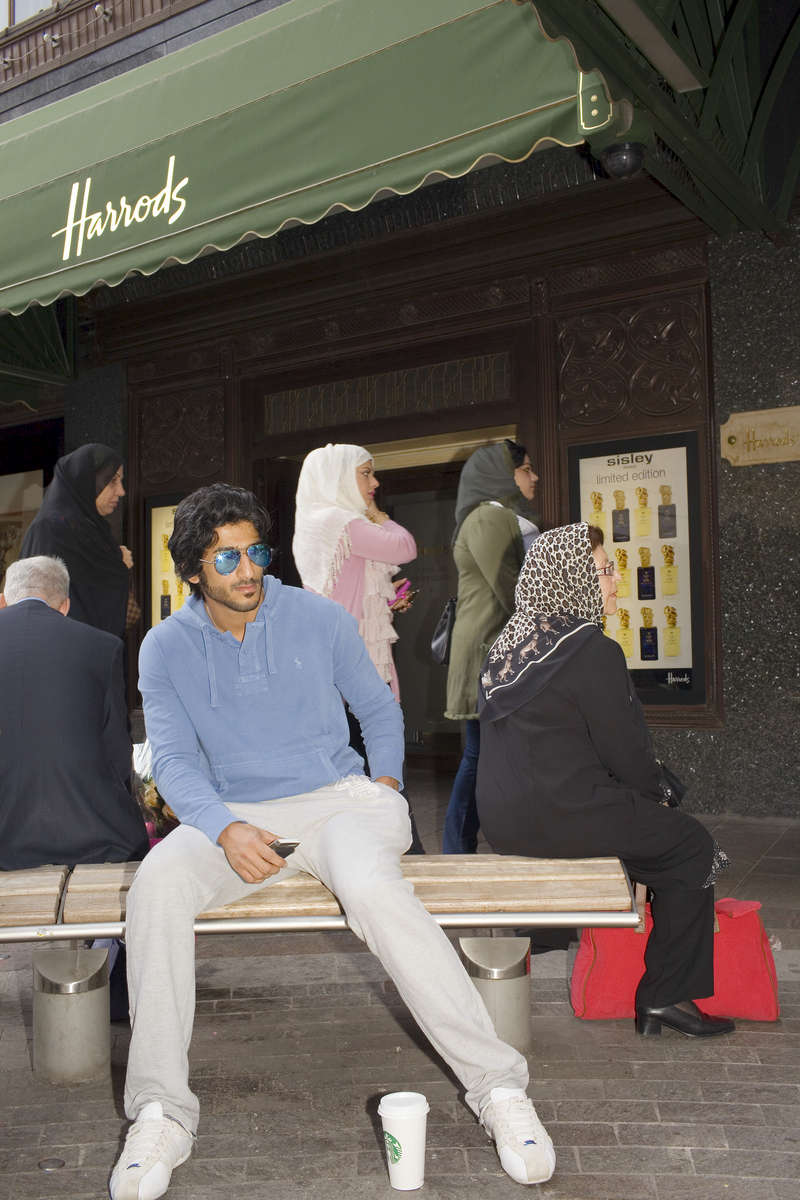 An Arab man sits outside Harrod's store in Knightsbridge, London. Owned by The Qatar Holding Group the famous store is popular with wealthy Arabs.