***additional galleries: 50 years of match of the day: Dench_MOTD_12 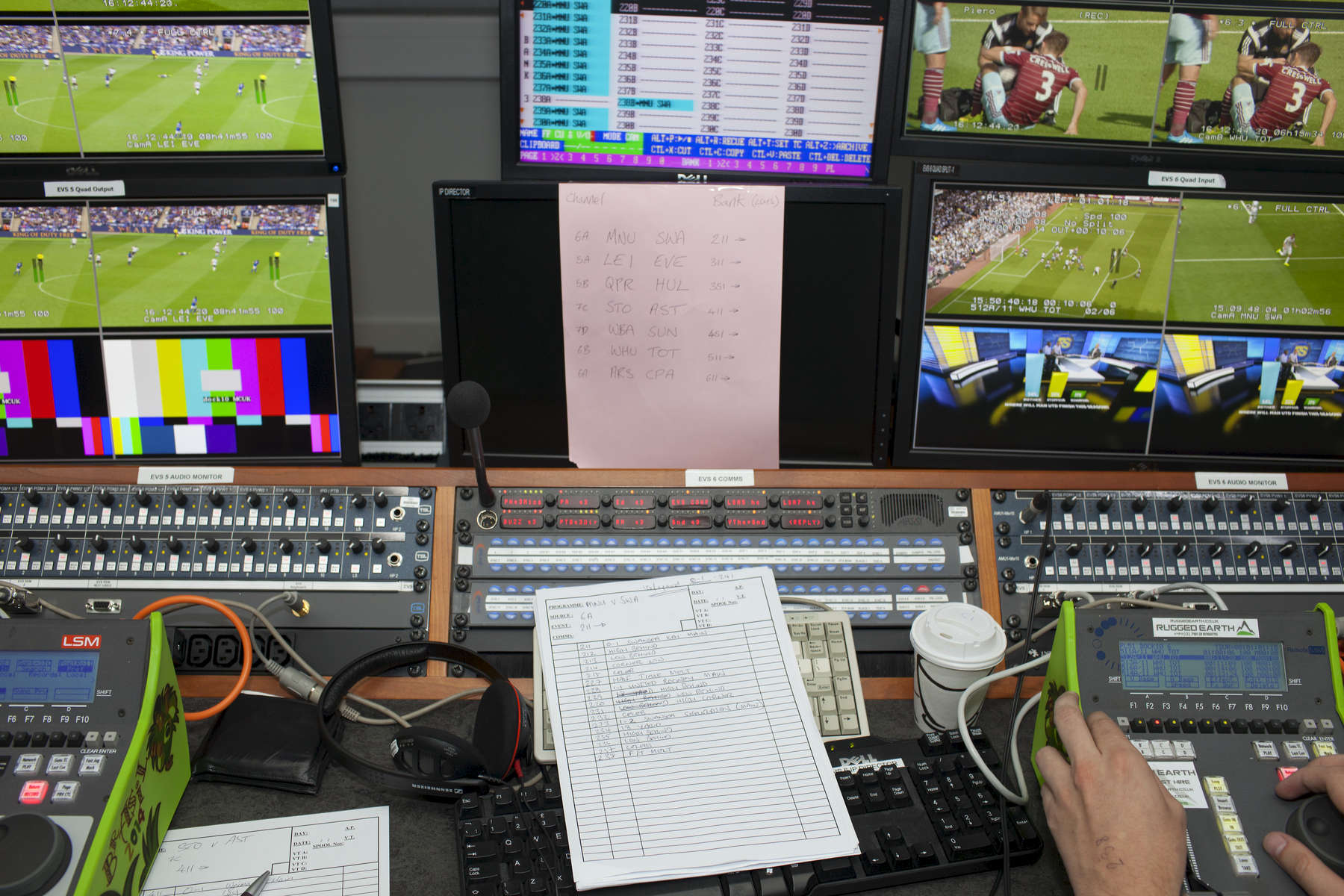 The days premiership football match schedule in an editing suite at the BBC.