***additional galleries: 50 years of match of the day: Dench_MOTD_07 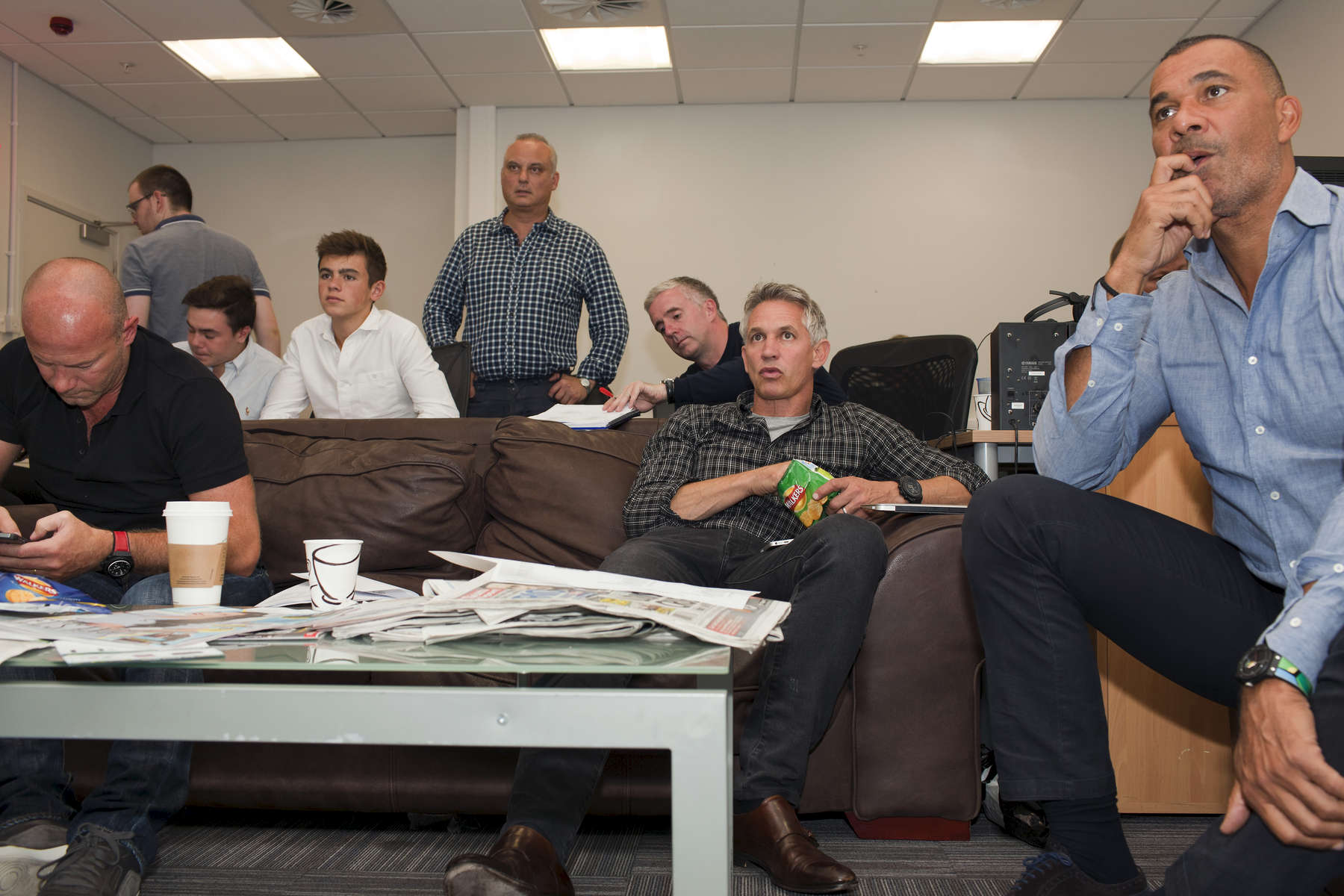 From left; Alan Shearer, Gary Lineker and Ruud Gullit watch the Saturday football premiership football being screened at the BBC.